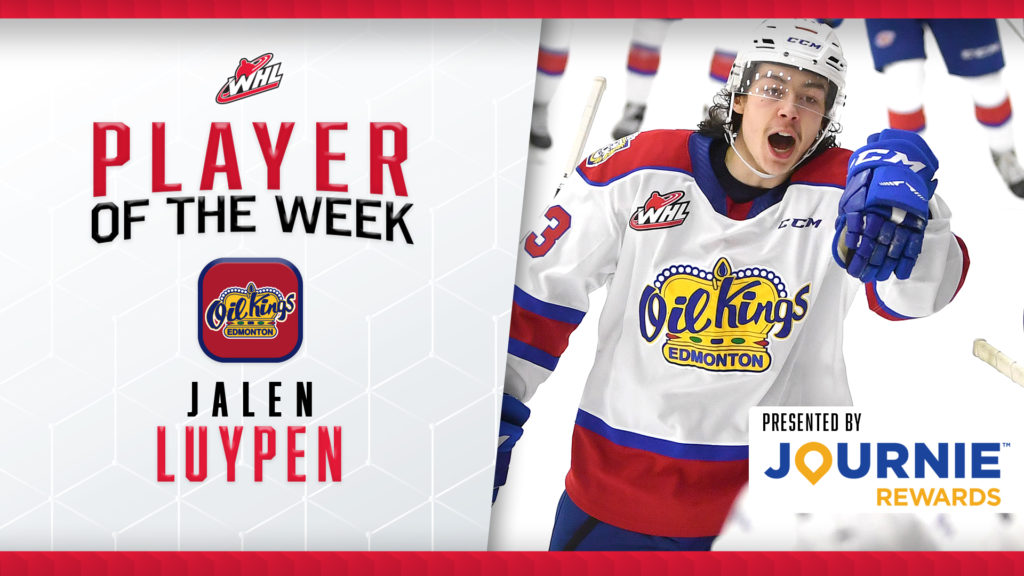 Luypen, 18, helped boost the Oil Kings to a third consecutive victory on Friday night, striking for a short-handed goal that stood up to be the game-winning tally in a 4-2 win over the Medicine Hat Tigers at the Downtown Community Arena in Edmonton. Luypen’s second goal of the season came midway through the third period, breaking a 2-2 deadlock. In addition to the short-handed goal, Luypen added a primary assist on Liam Keeler’s first period power-play goal, which opened the scoring.

The 5-foot-10, 155-pound product of Kelowna, B.C. maintained a hot hand on Saturday night in Medicine Hat, registering his third goal of the campaign midway through the second period, helping the Oil Kings secure a 3-1 road win over the Tigers at Co-op Place. Luypen’s marker tied the game 1-1 after Medicine Hat had opened the scoring in the first period.

Luypen owns a four-game point streak to start the 2020-21 WHL Regular Season, playing a key role in the Oil Kings undefeated start to the campaign. A third-year forward, Luypen sits tied for fifth in scoring in the WHL this season, having registered five points (3G-2A) in four games.

Luypen and the Oil Kings will enjoy some time off from Central Division competition, returning to play on Friday, March 19 (7 p.m. MT) when they host the Red Deer Rebels at the Downtown Community Arena.