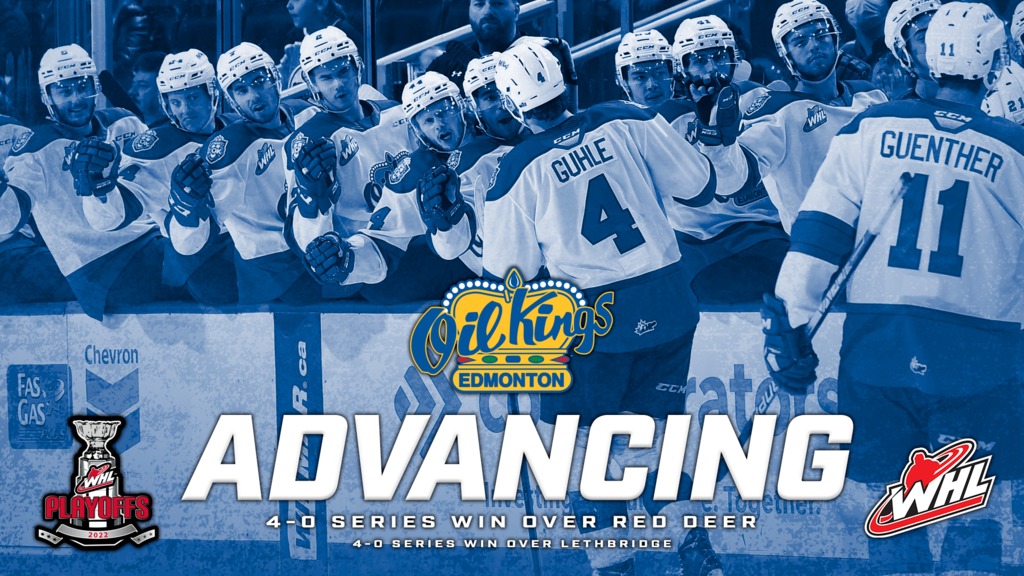 The Edmonton Oil Kings are the first WHL Club to advance to the Conference Championships following a four-game sweep of the Red Deer Rebels.

Edmonton claimed its Game 4 victory by a 4-2 final score Wednesday night at Peavey Mart Centrium, improving its record to 8-0 in the 2022 WHL Playoffs. 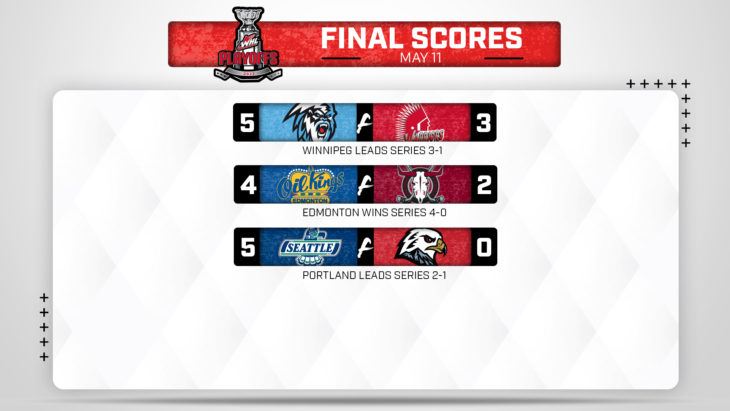 SO SPICY
As “Spicy” Dylan Guenther goes, the Edmonton Oil Kings go it seems. The Arizona Coyotes first-round pick scored twice Wednesday to extend his WHL Playoffs goal-scoring run to eight games, and his nine post-season tallies lead the WHL. Guenther finished Wednesday with two goals and an assist as Edmonton punched its ticket to the Eastern Conference Championship. The Oil Kings now await the winner of the best-of-seven series between the Winnipeg ICE and Moose Jaw Warriors.

ICE, ICE, BABY
Speaking of Winnipeg, the ICE can advance to the Eastern Conference Championship with a win Friday night at Wayne Fleming Arena following a 5-3 victory in Game 4 at Moose Jaw Wednesday night. Four Winnipeg skaters finished with a goal and an assist each including 2022 NHL Draft prospect Matthew Savoie, whose second-period tally stood up as the game-winner. On the other side, Warriors NHL Draft prospect Jagger Firkus put up two goals of his own in Game 4, giving him six this post-season.

🎥SAVE OF THE NIGHT🎥

TOMMY BOY
2022 NHL Draft prospect Thomas Milic stole the show Wednesday in Portland, helping the Seattle Thunderbirds halve their series deficit with a road victory in Game 3. Milic turned aside all 28 shots he faced in a 5-0 Seattle win, while Pittsburgh Penguins prospect Lukas Svejkovsky chipped in with a goal and three assists. Game 4 goes Friday night in Kent, Wash.