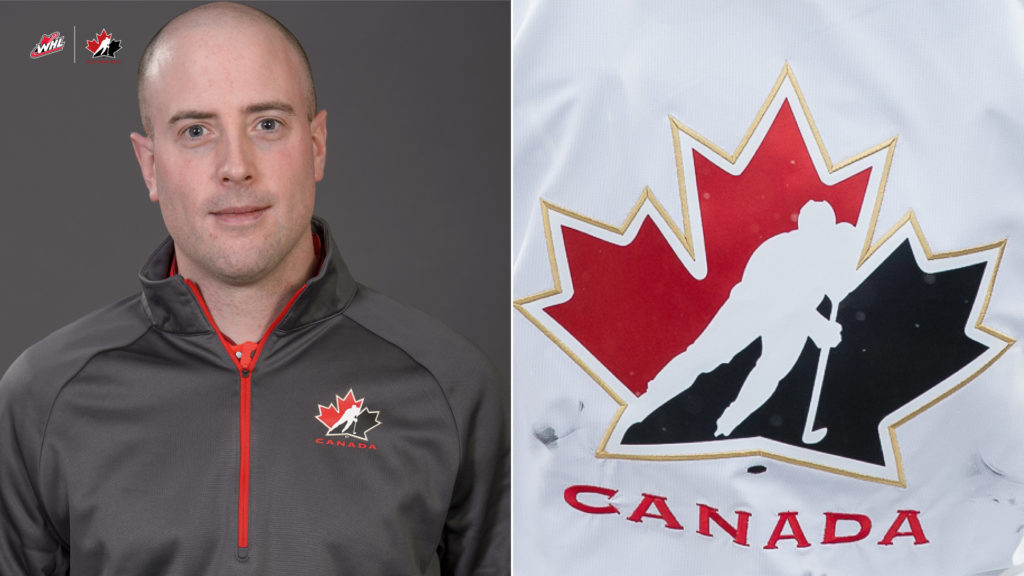 As much as Canada’s hockey greats have made lifetime memories for themselves through successes at the IIHF World Junior Championship, the same can be said for millions of other Canadians who have gathered around their living rooms to watch the annual tournament during the holiday season.

Growing up in Mount Pearl, Nfld., Edmonton Oil Kings head athletic therapist Brian Cheeseman always had that love affair with the game of hockey, but never took up the game himself.

“The speed, the physicality of it, the pace of play, the skill, just everything.”

Cheeseman’s fondest memory of the game of hockey includes winning the 2014 Mastercard Memorial Cup with the WHL club, but the memory that started it all was seeing the likes of hometown heroes Dwayne Norris and John Slaney winning gold with Canada at the 1990 and 1991 editions of the international junior tournament.

Now, Cheeseman is striving towards earning another gold medal his home province can call their own, working as one of two athletic therapists with Hockey Canada at the 2018 IIHF World Junior Championship in Buffalo, NY.

“I tell people that most nights I have the best seat in the house, but if you see myself or the other therapists on staff going out on the ice, typically that means something is wrong with a player,” Cheeseman said.

The scrutiny of injuries, especially those requiring him to go onto the ice, thrust the world’s eyes on him for a brief moment. Though he enjoys the view from the bench, he feels it’s better for his work to be expressed through a healthy group of Canadian players than being on a television screen for an extended period of time.

The pre-game responsibilities have Cheeseman taping up, massaging and making sure Canada’s best are at their best when they take to the ice. The experience, which Cheeseman said was an honour to do the first time back in 2016, has since turned into a three-year journey with Canada’s National Junior Team.

In addition to the front row seat to all of Canada’s games, Cheeseman has had the opportunity to leverage the experiences as a means of making himself better at what he does, for Hockey Canada and the Oil Kings.

“As much as it’s a work experience, it’s also a learning experience,” Cheeseman added. “My goal when working events like this, is to try and soak up as much information about different techniques and tips and trick for injury prevention and rehab as possible so I can bring them back to my own club team in Edmonton.”

There’s manual therapy and coordinating with the team’s sports performance coach to ensure that warmups and cool downs are progressing as well as they should be for the players participating. There is also the matter of connecting with the players, including eight from the WHL, working with them on a day-to-day basis to assist in injury prevention. It’s a facet that Canada has quickly come to rely upon at this year’s edition of the tournament, but one Cheeseman is more than prepared to handle.

“You have a better feel for the demands of the job from a Hockey Canada perspective,” he added. “You get the opportunity to work with great people from across the country as well.”

Supporting him first and foremost is the Oil Kings organization, which he’s had to leave for a month in order to attend the tournament.

“To go once is an incredible honour, but to be asked back other times besides that first time, it’s incredible,” he continued. “I consider myself very lucky to work where I do and that in turn allows me to have opportunities like this.”

As he ticks more items off his bucket list, his other dreams are closer than he ever thought possible. Working for Canada at a Winter Olympics remains high on his list, but so is breaking into the professional hockey ranks, with a career in the NHL also on his mind.

He’s nowhere near describing himself as a player, but equally felt the burn of last year’s shootout loss on home ice in the gold medal game.

He may not score the important goal like Norris or Slaney did many years before, but when Canada’s offence is scoring at will and their defence is in shutdown mode, you’ll have Cheeseman partially to thank for keeping the players’ health as his foremost focus.

That’s why he’s working harder than ever this time around, determined to have Canada prepared health-wise for a shot at their 17th World Junior Championship title.

“Standing on the blue line on January 5 singing O-Canada would be absolutely incredible.”