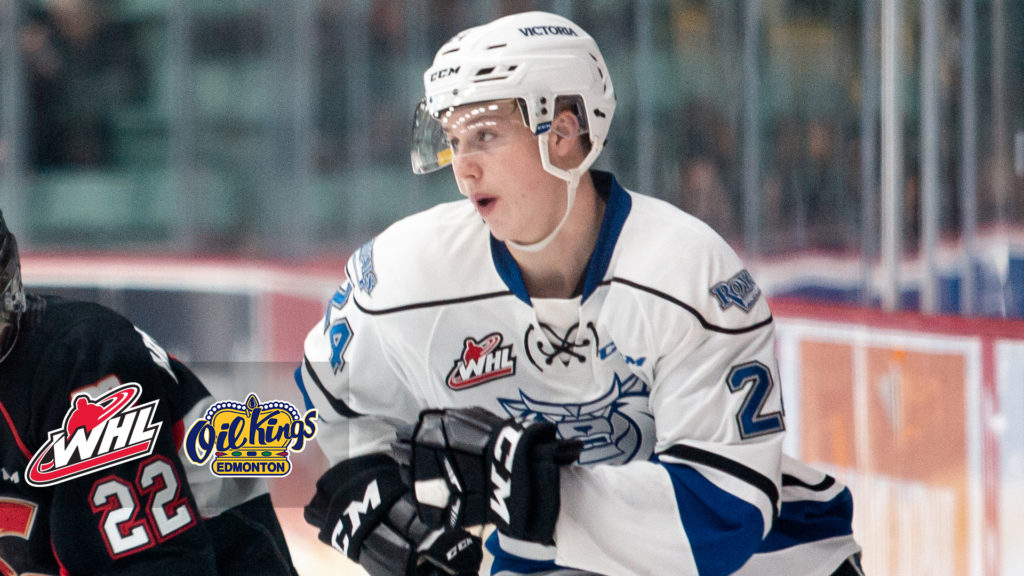 The Edmonton Oil Kings have added 19-year-old defenceman Carson Golder in a deal with the Victoria Royals.

In exchange, the Royals receive a ninth round selection in the 2022 WHL Prospects Draft.

The #OilKings have acquired 2002-born defenceman Carson Golder from the @VictoriaRoyals in exchange for a ninth-round draft pick (previously acquired by Edmonton from Saskatoon).

Golder, a product of Smithers, B.C., has appeared in 54 WHL regular season games, all with Victoria. He skated in 50 contests during the 2019-20 WHL season, recording two assists.

We have acquired a 9th round pick in the 2022 WHL Prospects Draft from the @EdmOilKings in exchange for defenceman Carson Golder.