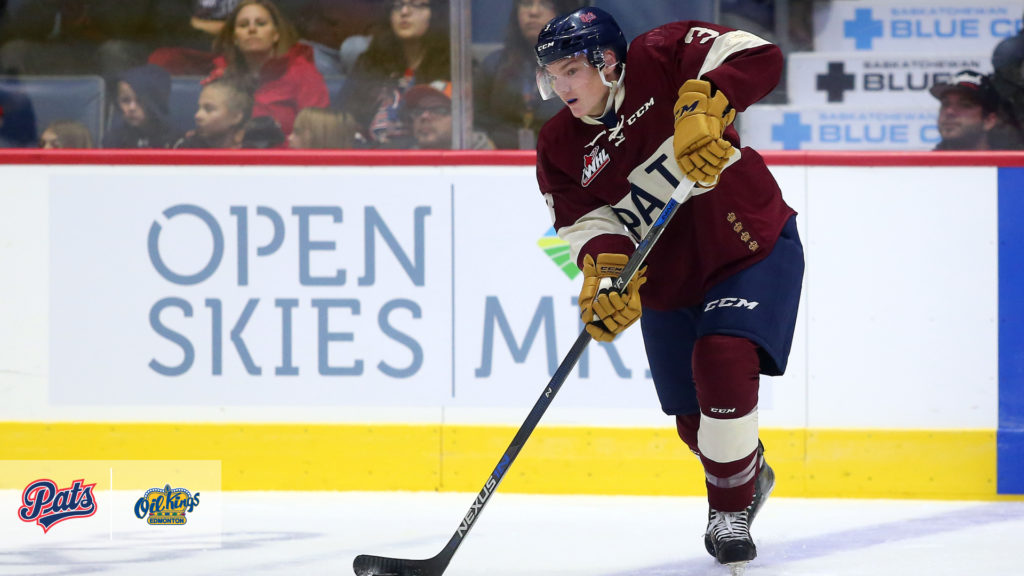 The Edmonton Oil Kings acquired the 19-year-old defenceman from the Regina Pats in a Friday trade. In return, the Pats have received a eighth-round selection in the 2019 Western Hockey League Bantam Draft.

The product of Saskatoon, Sask. made his debut with the Pats on September 22, 2017 and has appeared in 20 games with the Pats over the past two seasons, recording one assist. Parker appeared in eight games last season and had played in 12 games this season. He appeared in three games during the 2018 WHL Playoffs, being held pointless.

“We wish Parker all the best in Edmonton,” said Pats Vice-President of Hockey Operations and General Manager John Paddock. “He has been a credit to our organization and we know he will continue that with the Oil Kings.”

“Parker injects immediate size into our back end, and also gives us another right handed shot on the blue line,” said Oil Kings General Manager Kirt Hill. “We are happy to be able to welcome Parker and his family to the Oil Kings organization.”

The Oil Kings are on the road Friday, November 9 (7:00 p.m. MT), taking on the Kootenay ICE in Cranbrook, B.C. The Pats are also in action Friday, playing host to the Tri-City Americans.