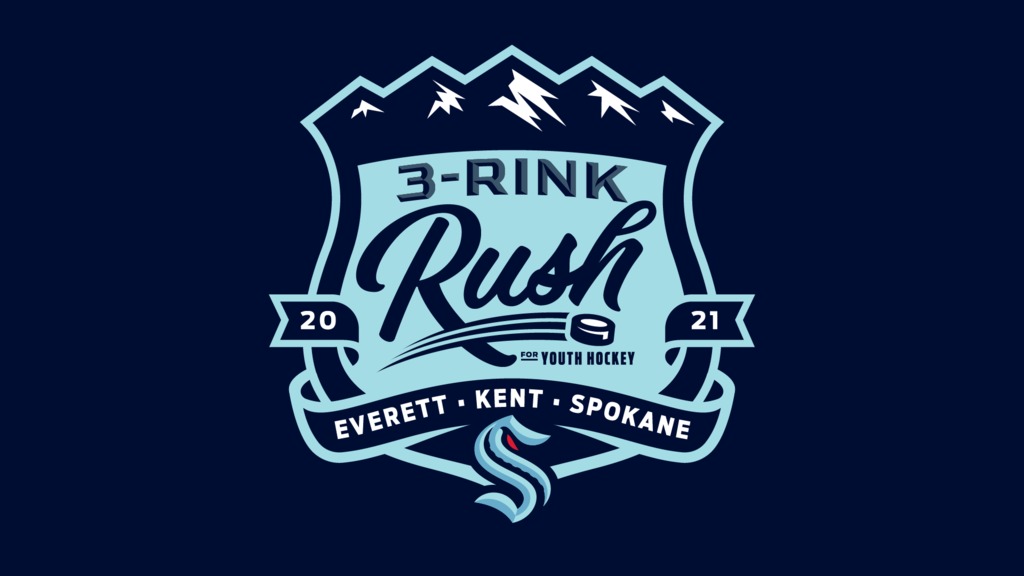 WHL fans in Washington state will get an early look at the National Hockey League’s newest franchise this fall. The Seattle Kraken announced Friday they will play three NHL Pre-Season games in Spokane, Everett and Kent, Wash. from Sunday, September 26 to Saturday, October 2.

The Kraken will play their first ever NHL Pre-Season game against the Vancouver Canucks at Spokane Veterans Memorial Arena Sunday, September 26. Seattle will then host the Edmonton Oilers Friday, October 1 at Angel of the Winds Arena in Everett, Wash., before rounding out their home exhibition schedule Saturday, October 2 at accesso ShoWare Center in Kent, Wash. against the Calgary Flames.

“This gives us an opportunity to partner with the WHL teams, celebrate hockey across our region and grow this beautiful game,” said Seattle Kraken CEO Tod Leiweke.

“These games represent the opportunity to see our roster come together for the first time outside of training camp,” added Seattle Kraken General Manager, Ron Francis. “It will be an honour to play them in hockey communities across the state and I know our players will be excited.”

The first #SeaKraken preseason schedule is here with our “home” games taking place in @TheWHL arenas across Washington State before we return to @climatearena for our inaugural season home-opener → https://t.co/DObJuRvNqK pic.twitter.com/4apaJ5skQr

“We are excited to host a Seattle Kraken pre-season game at the Spokane Arena as they embark on their inaugural season,” said Spokane Chiefs President Mark Miles. “The event will be a great opportunity for fans in Eastern Washington to see the Kraken play while also helping grow the game of hockey in our region. Thank you to the Kraken for their commitment to supporting hockey communities across the entire state.”

The @SeattleKraken will host their FIRST EVER preseason game here at @SpokaneArena on Sept. 26 vs. @Canucks!

“It’s an amazing testimony to the growth of hockey in the Pacific Northwest when the Seattle Kraken have quickly unified the passion of our fan base and those of fellow WHL franchises for this incredible opportunity and the future of hockey in our state,” said Everett Silvertips and Consolidated Sports Holdings chief operating officer Zoran Rajcic. “From the moment the Kraken approached us with an opportunity to host NHL pre-season hockey in our home, we felt it was a perfect match.”

The @SeattleKraken will select their inaugural roster in the NHL Expansion Draft. ⁰⁰

And this fall, for one night only, they’ll be playing the @EdmontonOilers in downtown Everett.⁰⁰

“This is a great opportunity the Kraken are providing to help grow the game of hockey in the state,” said Colin Campbell, Seattle Thunderbirds President. “We couldn’t be prouder the Kraken have chosen accesso ShoWare Center for a pre-season game. We know the best fans in the WHL will show up for this game and it will be an exciting night.”

Season ticket holders for the Everett Silvertips, Seattle Thunderbirds and Spokane Chiefs will have the opportunity to purchase tickets during a special pre-sale beginning Tuesday, July 13. Tickets will be made available to the public in all three markets Friday, July 16.

The Seattle Kraken will donate a portion of ticket revenue to One Roof Foundation to support efforts to grow the game. The Kraken is working with the Thunderbirds, the Silvertips, and the Chiefs, along with the Tri-City Americans and the Portland Winterhawks to support grassroots hockey across the state.

Hockey fans in the Evergreen State will find out soon who could be taking the ice for the trio of pre-season games, too. The Seattle Kraken NHL Expansion Draft is slated for Wednesday, July 21.