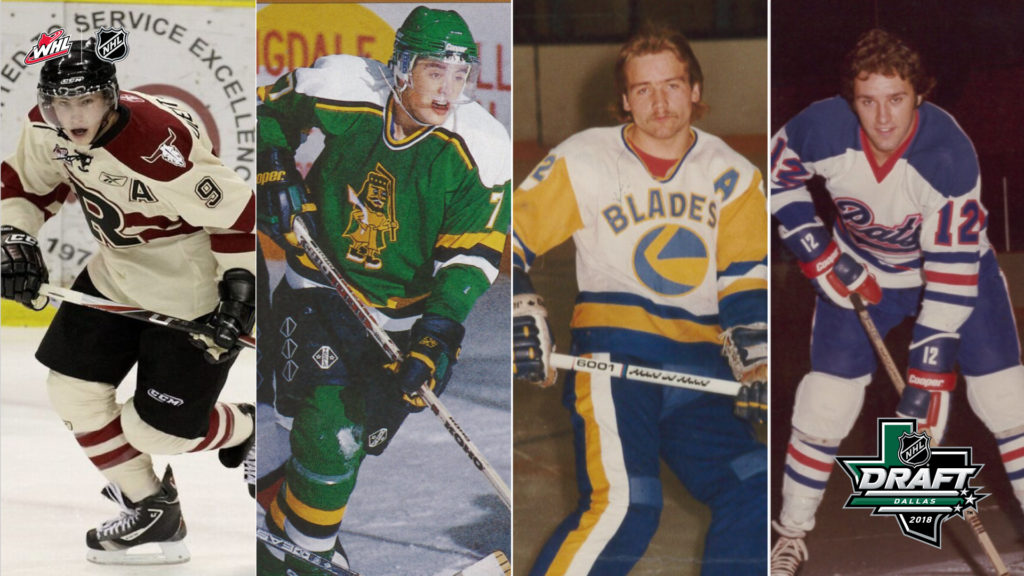 The Western Hockey League has committed to developing professional hockey players and people for many years. Since 1975, the league has seen 291 players drafted in the first round of the NHL Entry/Amateur Draft. Some notable names among the most recent include Brandon Wheat Kings forward Nolan Patrick leading last year’s group of seven WHL players selected in Round One of the 2017 NHL Draft. Others, including defenceman Ivan Provorov, and forwards Jake Debrusk, Mathew Barzal and Leon Draisaitl have gone on to make significant contributions to their respective clubs.

While some of the recent picks are still developing, the NHL Draft has served as the next step in a path for WHL Alumni to turn into the face of franchises. Carey Price, Seth Jones and Ryan Getzlaf have become household names for leading their respective teams in their active career. Since 1975, other legendary players have come out of the WHL, such as Scott Niedermayer, Mike Modano, Shane Doan and Jarome Iginla to name a few.

This year’s top talent is Spokane Chiefs defenceman Ty Smith. The Lloydminster, Alta. product was selected first overall in the 2015 WHL Bantam Draft and has consistently been grouped as one of the top talents available in this year’s draft class. Smith finished the 2017-18 campaign with 73 points (14G-59A) in 69 games, second among all WHL defencemen. The 5-foot-10, 170-pound rearguard has also been a strong performer in the classroom, earning the Daryl K. (Doc) Seaman Trophy as the WHL Scholastic Player of the Year.

Of the 291 players drafted in the first round, there were seven selected first overall, the most recent being Ryan Nugent-Hopkins to the Edmonton Oilers. Of the top 10 picks in the last 43 years, almost 30% have come from the WHL, including the first seven overall picks in 1975. While we have hosted some excellent forwards, the WHL remains known for our defensive prospects, having 24 defencemen picked in the first round over the last eight years. Some notable defenceman include Jay Bouwmeester, Dion Phaneuf, Brent Seabrook, Braydon Coburn, Mike Green, Karl Alzner, Tyler Myers, Ryan Murray, Morgan Rielly and Seth Jones.

WHL Players Selected in the First-Round of the NHL Entry Draft by year: