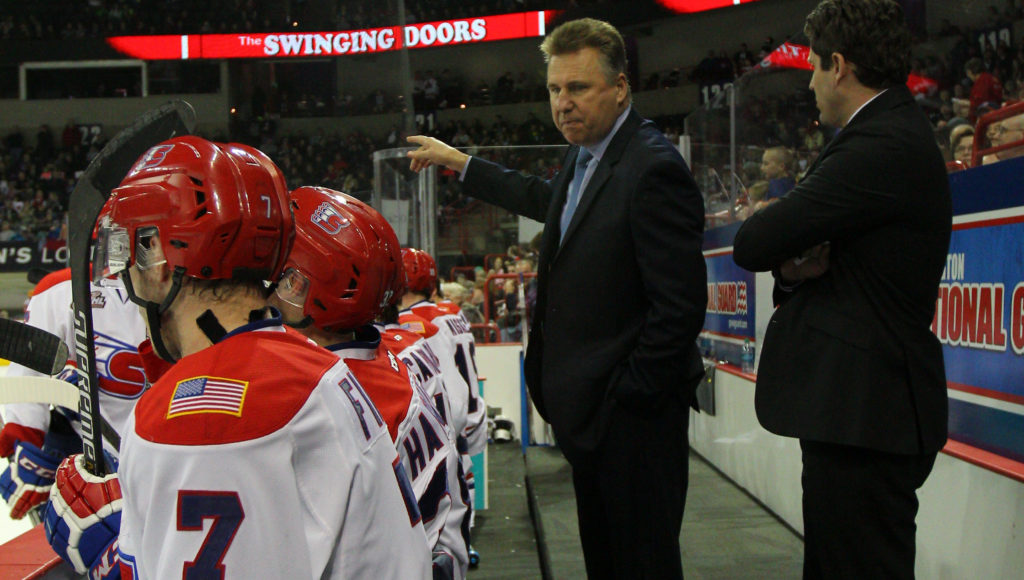 SPOKANE, Wash. – The Spokane Chiefs announced today that head coach Don Nachbaur has accepted a one-year contract extension. Nachbaur, entering his seventh season behind the Chiefs’ bench, is now under contract through the 2017-18 season.

“Don is one of the premier coaches in the Western Hockey League,” said Chiefs’ general manager Scott Carter. “Both Bobby (Brett) and I are excited that he will remain our head coach.”

Nachbaur ranks first in Spokane’s franchise history in wins with 234 and is just one game behind current Toronto Maple Leafs coach Mike Babcock for most games coached (he is currently at 424). His .552 winning percentage ranks second all-time.

“I’m thrilled to be part of this exciting young team with a promising future,” said Nachbaur. “I am equally proud to continue as a Chief and look forward to working closely with Scott, our staff and players.”

He is one of only four Western Hockey League coaches with 600 or more career wins (665) after previous stints with the Seattle Thunderbirds and Tri-City Americans. Nachbaur is also the career wins leader for Tri-City with 235.

The Chiefs open their regular season schedule on the road against the Tri-City Americans on Saturday at 7 p.m. Fans can catch the first live radio broadcast of the year on 1510 KGA NW Sports Talk beginning with the pre-game show at 6:30.