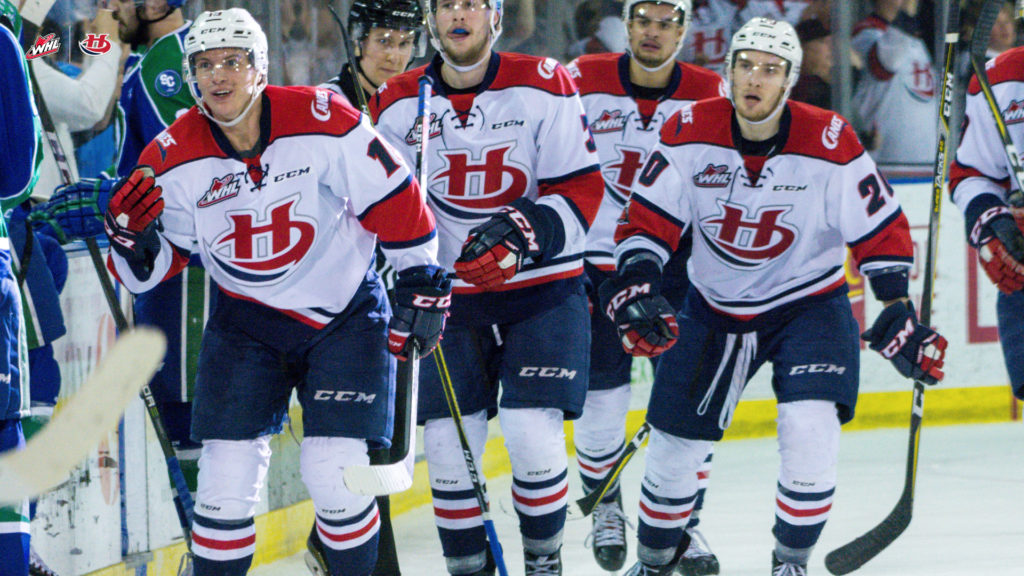 The Los Angeles Kings have added another Western Hockey League player to their organization.

The 6-foot-0, 171-pound product of Prince George, B.C. had an incredible overage season, helping the Hurricanes return to the Eastern Conference Championship for a second straight season.

Morrison was an offensive force during the 2018 WHL Playoffs, leading all players with 37 points (16G-21A) in 16 games. He added four power-play goals, one short-handed goal and five game-winning goals. In addition to leading the league in scoring, Morrison is tied for second in goals and tied for first in assists. Morrison set a franchise record for the most goals in a single post-season and also tied Wes Walz’s franchise record for points in the single post-season with 37.

Originally selected by the Prince George Cougars in the first round, seventh overall, of the 2012 WHL Bantam Draft, Morrison played the first 262 games of his WHL career with his hometown Cougars before being traded to the Vancouver Giants during the off-season.

Joining Morrison from the WHL is fellow free agent signing goaltender Cole Kehler from the Portland Winterhawks, who signed with the Kings earlier this season.