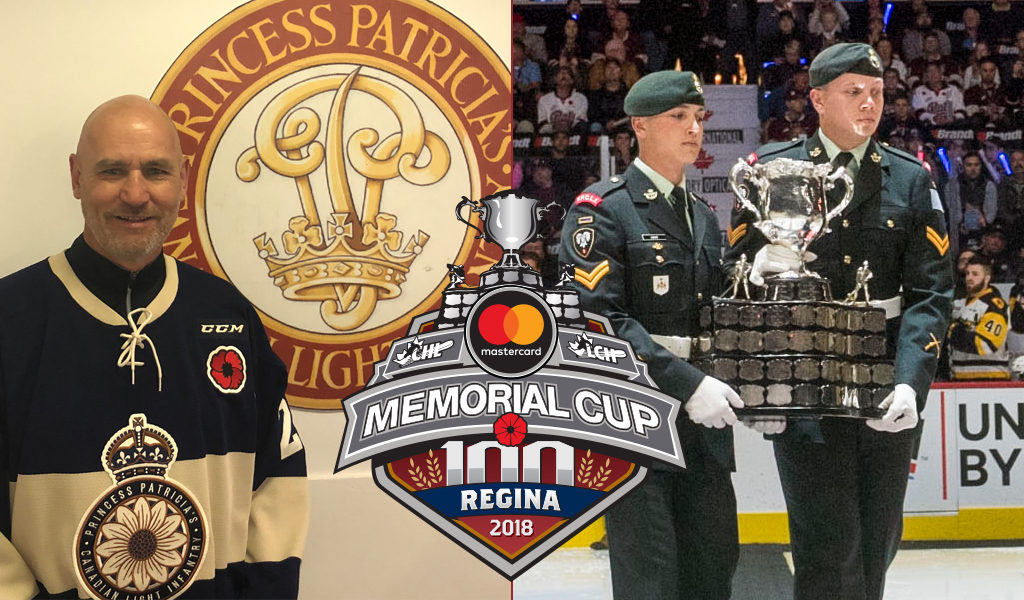 In 1919, the Memorial Cup was created to dedicate and honour two former Kingston hockey players who were killed on active service in the First World War.

Alan (Scotty) Davidson was a former Kingston Frontenac who had been the team’s captain while winning the OHA title in both 1910 and 1911. He later helped the Toronto Blueshirts win the Stanley Cup in 1914. In between those two playing stints, Davidson played for the Calgary Athletics, who lost the Allan Cup to the Winnipeg Victorias.

Davidson was considered one of the best young players in the game at the outbreak of the war. Had he survived the war, Davidson likely would have continued to excel in the NHL era that officially began in 1917 while the conflict still raged in Europe.

The second player honoured with the Memorial Cup dedication was George T. Richardson, who played for Queen’s University and the 14th Regiment club based in Kingston, where he was teammates with Davidson, who was six years his junior.

Davidson was killed in France in 1915, Richardson a year later in Belgium, two of more than 66,000 Canadians killed in the First World War.

Over time, Davidson and Richardson have come to symbolize the sense of sacrifice made by former junior hockey players. At the professional level, Frank McGee was one of the best players in the fledgling game when he left for overseas duty never to return: he was killed during the late stages of the Battle of the Somme in 1916. McGee was later among the original inductees of the Hockey Hall of Fame upon its creation in 1945.

As the generation that it was originally meant to honour has passed on with the last surviving First World War veteran John Babcock’s death in 2010, the trophy now serves as a commemoration for all the country’s war dead and others that served. The trophy was re-dedicated that year before the Mastercard Memorial Cup in Brandon.

Hockey has had many more notable stories of those who have served. Red Tilson was a member of the 1943 Memorial Cup champion Oshawa Generals and would have played in the NHL as his linemates Floyd Curry and Ken Smith did. He enlisted soon after the Generals’ Memorial Cup triumph and was killed in action the following year. A trophy was created in his honour in 1945 and is still awarded to the OHL’s most outstanding player.

Joe Turner was another young Canadian who made the ultimate sacrifice. A goaltender, Turner was one of the OHA’s top performers at that position while playing for the Guelph Indians. He also made an emergency appearance for the Toronto Maple Leafs in 1943 and enlisted shortly thereafter. He was killed in 1944, and the Turner Cup was unveiled in his honour and awarded to the champions of the old International Hockey League.

There are many more examples of players in both world wars, the Korean conflict and other deployments with the Canadian Forces, who survived and returned to lives in hockey.

Two examples with junior hockey connections: Robert “Bobby” Benson served in the First World War, surviving serious shrapnel wounds in the war’s waning days in 1918. He returned home to Winnipeg, suiting up for the Winnipeg Falcons and was a member of the first Olympic champion team in 1920. He later became the property of the Montreal Maroons but was traded to the Boston Bruins. After his playing days, he coached junior teams across the Prairies, including the Brandon Wheat Kings, before returning to Winnipeg, where he died in 1965 at the age of 71.

More recently, Ed Staniowski, now 62, rose to become a lieutenant-colonel in the Canadian Forces. A goalie, he was a member of the 1973-74 Memorial Cup champion Regina Pats. After a professional career that included 219 NHL games with St. Louis, Winnipeg and Hartford, Staniowski joined the Canadian Forces in 1985 and served tours in Bosnia, Africa, the Middle East and Afghanistan.

Written for the CHL by Peter Robinson