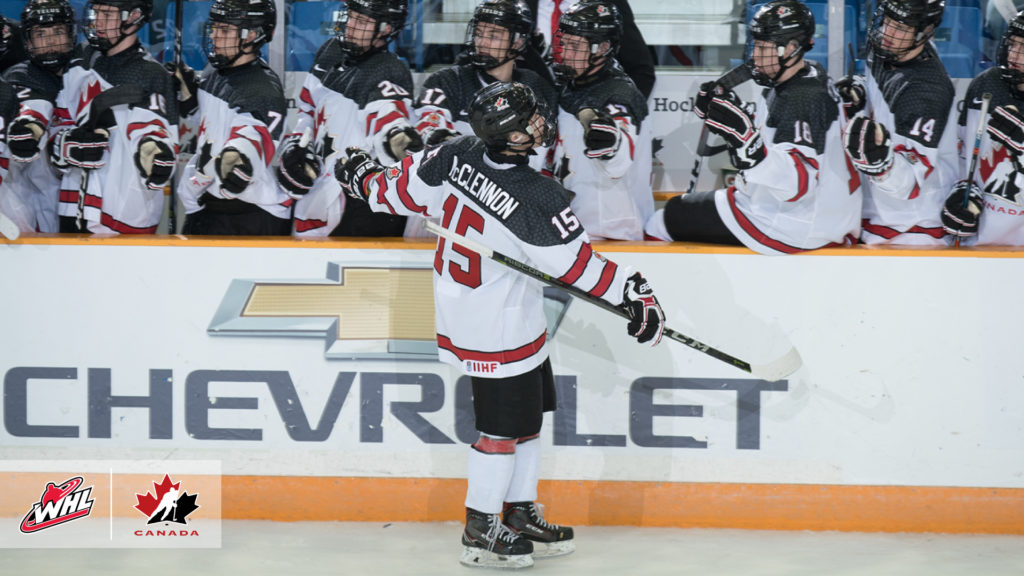 Canada may have been left off the podium at the 2018 World Under-17 Hockey Challenge, but their players left their mark on the tournament regardless, led by a strong crop of Western Hockey League talent in Saint John and Quispamsis, New Brunswick.

Between the pipes, Dylan Garand (Kamloops Blazers) led all Canadian goaltenders with a 2.33 goals-against-average and a 0.930 save percentage, playing 258 minutes for Canada Red, who finished fourth at the tournament. Garin Bjorklund (Medicine Hat Tigers) finished as a close second among Canadian goaltenders with a 2.42 GAA and 0.919 SV% for Canada Black. Sebastian Cossa (Edmonton Oil Kings) appeared in a pair of games, posting a 3.00 GAA and a 0.895 SV%.