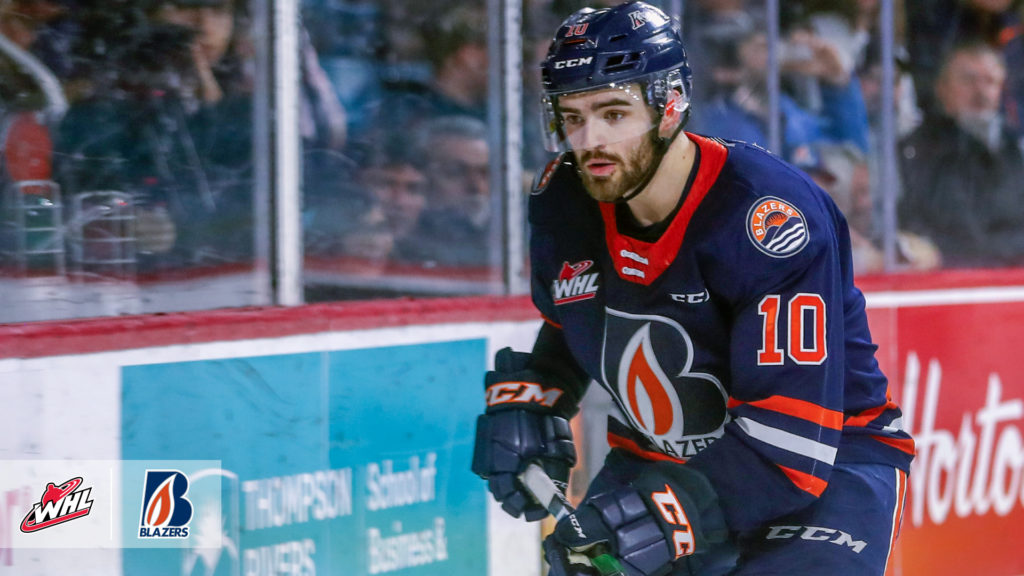 The 6-foot, 180-pound defenceman recorded 58 points (14G-44A) in 61 games between the Blazers and Prince Albert Raiders this season. Included in his totals were six power-play goals, one short-handed goal, and one game-winning goal.

Overall, Martin was the Blazers’ top-scoring defenceman and ranked fifth in league defensive scoring. His 14 goals were tied for fifth while his 44 assists stood alone in fourth place. Martin’s 28 power-play assists were tied for second in the WHL, four behind Blazers’ captain and teammate Zane Franklin.

Also appearing in 29 WHL playoff games, Martin has recorded nine points (1G-8A), including one power-play goal. In 2019, he won a WHL Championship as a member of the Raiders.

New Player Alert!🖊️
Defenseman Max Martin has signed with the #txstars. Martin was a 2019 WHL Champion and played in the Memorial Cup Tournament.
Read: https://t.co/VJsghOWWDZ pic.twitter.com/L9mROUNJa4