Mark Recchi set to be honoured Friday by Kamloops Blazers 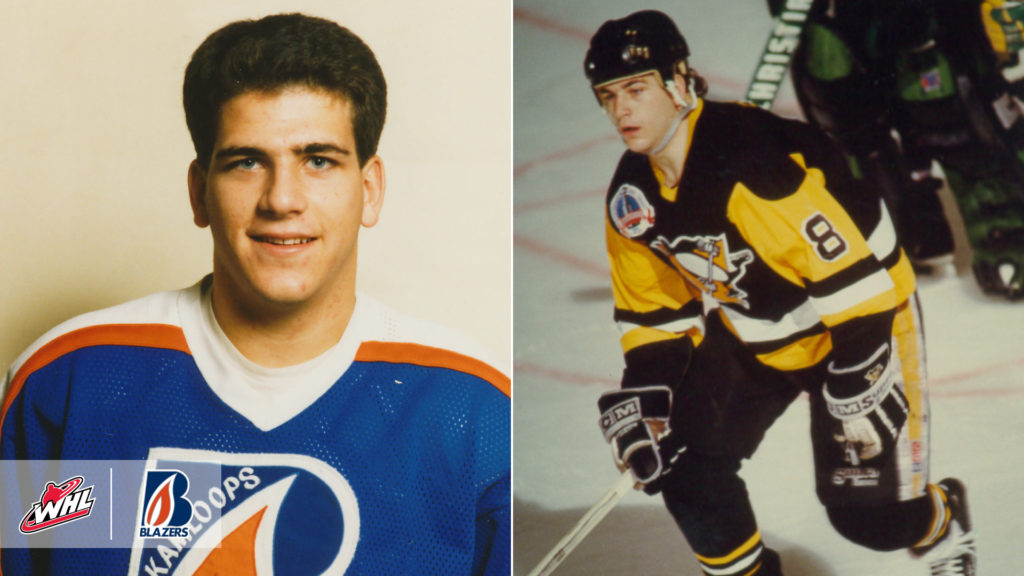 Most often described as a player that made a ‘major impact’ wherever he played, Mark Recchi is certainly deserving of a night in honour of his copious achievements. Friday night, the Kamloops, B.C. product will return home as the Kamloops Blazers hold a night in his honour.

As part of a 178-game career in the Western Hockey League, Recchi played two seasons in his hometown before making the jump to the professional ranks. However, his story in junior hockey began in B.C.’s Lower Mainland. In the 1984-95 season, he earned a spot on the New Westminster Bruins’ roster to begin his WHL career where he demonstrated his worth. Recchi’s path then led him back to Kamloops and the Blazers for their 1986-87 and 1987-88 campaigns.

In his first season as a Blazer, Recchi notched 76 points (26G-50A), which followed by an even more impressive 154 points (61G-93A) in his second season in only 62 games. Although the Blazers captured the West Division in both of Reechi’s seasons with the club, they’d ultimately fall short of the ultimate goal, losing in the Conference Championship in 1987 and the WHL Championship Series in 1988.

Still, you’d be hard pressed to read through any account of the history in the WHL and not find his name. A Western Conference All-Star in the 1987-88 season and the holder of the top Plus Minus in the league during his second season with the Blazers, Recchi’s name has become synonymous with the Blazers organization. Along with Tom Gaglardi and a group that includes other Blazer greats Shane Doan, Jarome Iginla, and Darryl Sydor, Recchi has played a part in keeping their team from a generation ago still relevant and competitive in the present day.

Recchi’s feats at the NHL level also played a part in his legendary hockey career. His totals speak for themselves with a mammoth 1533 points (577G-956A) in 1652 games over four separate decades, placing him 12th among NHL players in all-time scoring. Among his most recent achievements, Recchi was inducted to the Hockey Hall of Fame on November 13, 2017.

Friday night, Recchi will have his name immortalized among the best in Blazers history, if that wasn’t to be assumed already.