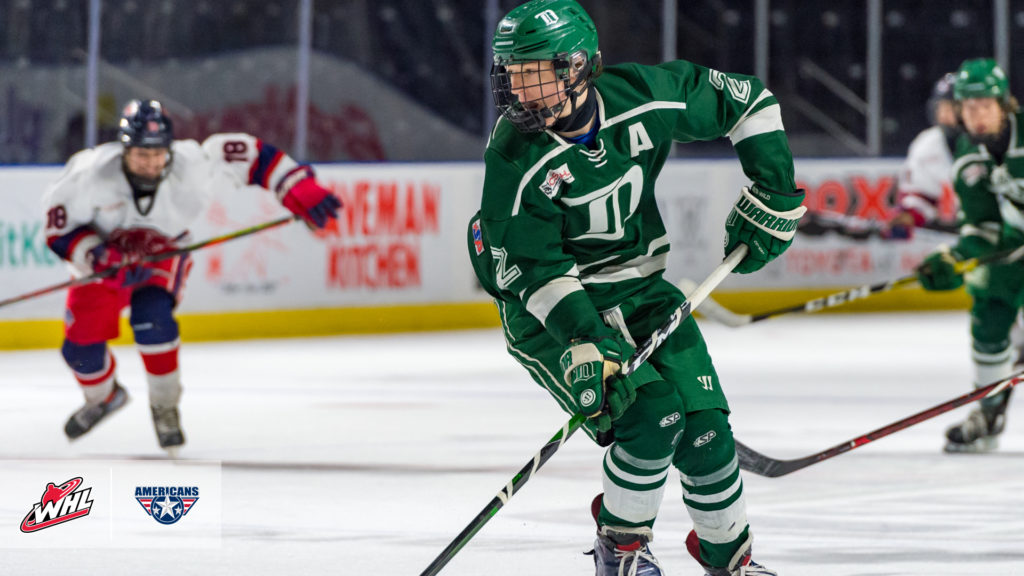 “This is a very exciting day for our organization,” stated Tory. “Lukas is a highly-skilled offensive defenseman and will play a big role on our team in the future. He brings a tremendous amount of hockey IQ and leadership skills to our club.

“He’s an effortless skater, owns a powerful shot, can quarterback a power play, and play in all situations.”

Dragicevic is a native of Surrey, BC and played last season with Delta Hockey Academy Bantam Prep. The six-foot and 170-pound defenseman totaled 52 points (8G-44A) and 32 penalty minutes in 30 games played last season.

At fourth-overall, Dragicevic was the first defenceman selected in 2020 WHL Bantam Draft.

“It’s an amazing feeling to sign with Tri-City and be part of the Americans organization,” said Dragicevic. “Since I was young it has been a dream of mine to play in the WHL so today is an exciting day for myself and my family.”

Dragicevic’s father, Milan Dragicevic, played with the American during the team’s inaugural 1988-89 season and was an assistant coach with the club for four seasons (1994-1998).

“We welcome Lukas, his parents Milan and Sheryl, and his sister Emily to the Tri-City Americans family,” stated Tory.