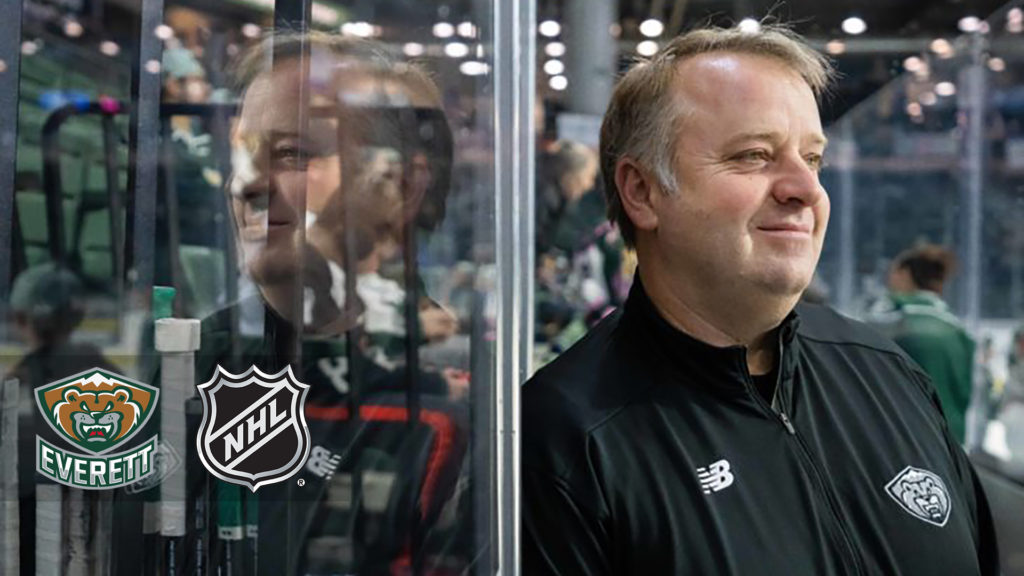 “To the Silvertips, the city of Everett, and the Angel of the Winds Arena I say thank you. You have helped raise three children and have carved out a special place in the hearts of my wife and me. After 18 years, the names of coaches, staff members and co-workers is simply too large to try and name individually but I am so thankful for each one of you. Every morning on my walk into the building I would often look up at the 2 iconic pillars that hold up the roof of the arena and would think to myself, ‘I love this city.’ I always felt a great honor to be a Tip”

“I am so grateful for my time in Everett, so again – I say thank you to everybody.”

Stucky, who resides in Everett and is a native of Burien, Wash. has served the organization in his capacity since the Silvertips expansion season in 2003-04, departing for the NHL with 18 seasons and in multiple levels of hockey, 1,912 career games of experience. He will work alongside Seattle Kraken head equipment manager Jeff Camelio and staff, preparing for their expansion season that opens October 12.

Congratulations and thank you for 18 years of hard work to James Stucky, hired as assistant equipment manager of the @SeattleKraken. #LetsGoTips

The Kraken will visit Angel of the Winds Arena in Everett for an NHL pre-season match-up, Friday, October 1 against the Edmonton Oilers.

“James Stucky is more than a Silvertip, he’s a part of our history that will live forever,” said Silvertips and Consolidated Sports Holdings chief operating officer Zoran Rajcic. “From day one in our expansion season, he delivered a consistent work ethic, level of professionalism, and positive attitude that set a model example every day. That’s why it’s so hard to close this chapter on his career – it’s a massive understatement to say we’ll miss him. But we had a feeling this day would come – his dream has come true. He’ll forever be a Silvertip, and we proudly support his next great adventure coming as a member of the Seattle Kraken equipment staff.”

Stucky, behind the bench since the first game in Silvertips history on September 19, 2003, has been connected with work to all eight U.S. Division titles, two Western Conference championships, and a pair of appearances in the WHL Championship Series. His day-to-day workload has assisted the equipment needs of 20 players who have suited up as Silvertips and have reached the NHL level, including current players such as Carter Hart (Philadelphia), Ryan Murray (Colorado), Noah Juulsen (Florida), Garrett Pilon (Washington), Radko Gudas (Florida), and Byron Froese (Calgary).

Starting out locally in roles as a stick boy with the Seattle Thunderbirds and game day assistant with the Tacoma Rockets, he has served at the WHL, American Hockey League, International Hockey League, and Central Hockey League levels, worked the 1,500th game of his career October 28, 2015 against the Brandon Wheat Kings at Angel of the Winds Arena.

Prior to returning home to the Puget Sound to serve the Silvertips equipment needs on a day-to-day basis and assisting with team services, he worked with the Cincinnati Mighty Ducks (AHL), the Indianapolis Ice (IHL) and the Memphis RiverKings (CHL), starting his career in 1995-96.