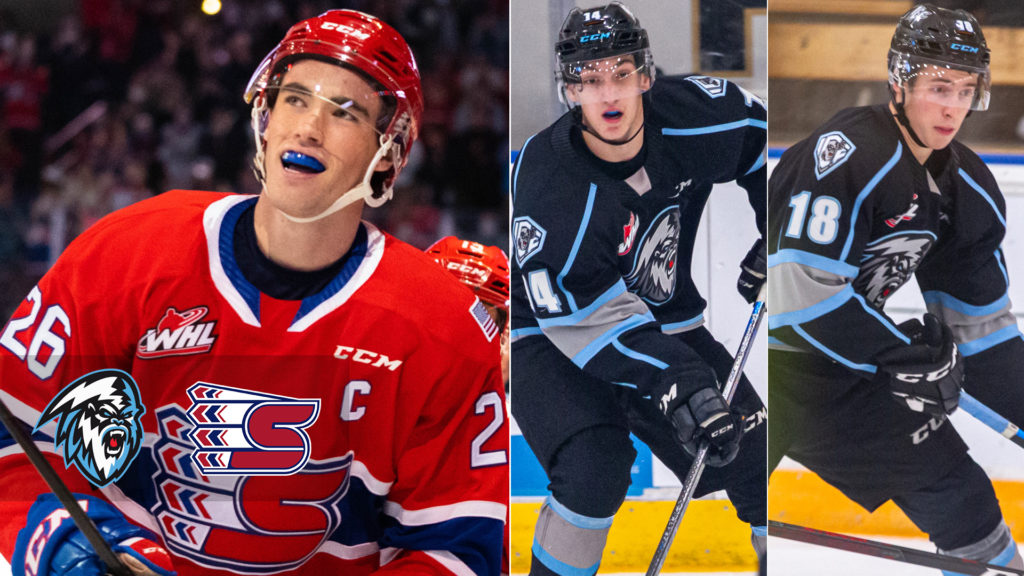 The Winnipeg ICE have acquired Tampa Bay Lightning prospect Jack Finley in a multi-player deal with the Spokane Chiefs.

The 6-foot-6, 223-pound forward was selected by the Lightning in the second round of the 2020 NHL Draft, signing his entry-level contract with Tampa Bay in December of 2020.

The product of Kelowna, B.C. was originally selected sixth overall by the Chiefs in the 2017 WHL Draft.

“I would like to thank Chase and James for their dedication to the ICE franchise both on and off the ice.  Both players are tremendous people and we wish them all the best.” said President, General Manager & Alternate Governor Matt Cockell. “We look forward to welcoming Jack to Winnipeg, he will be an important part of our team moving forward.”

“It’s never easy moving a player and person of Jack’s caliber,” said Spokane General Manager Scott Carter. “He was my first-ever draft pick with the Chiefs and we have had a great relationship with the entire Finley family.”

“From top to bottom, our organization will miss him and we wish him the very best. We look forward to seeing him transition to professional hockey next season,” Carter noted.

“Chase and James will help reinforce our team to help us now and for the future,” Carter added. “They are two players we’ve had interest in for a while and acquiring a high-round draft pick provides us with a flexible asset moving forward.”

TRADE 🔄 | The Chiefs have acquired two forwards & a 2nd-round pick from the @WHLWpgICE in exchange for F Jack Finley.

Welcome to Spokane, James and Chase!

Form, a 6-foot-2, 185-pound forward, has 82 games of WHL experience, all with the ICE, scoring nine goals and five assists during his time in the League. The product of Saskatoon, Sask. was originally a third-round selection by the Kootenay ICE in the 2017 WHL Draft.