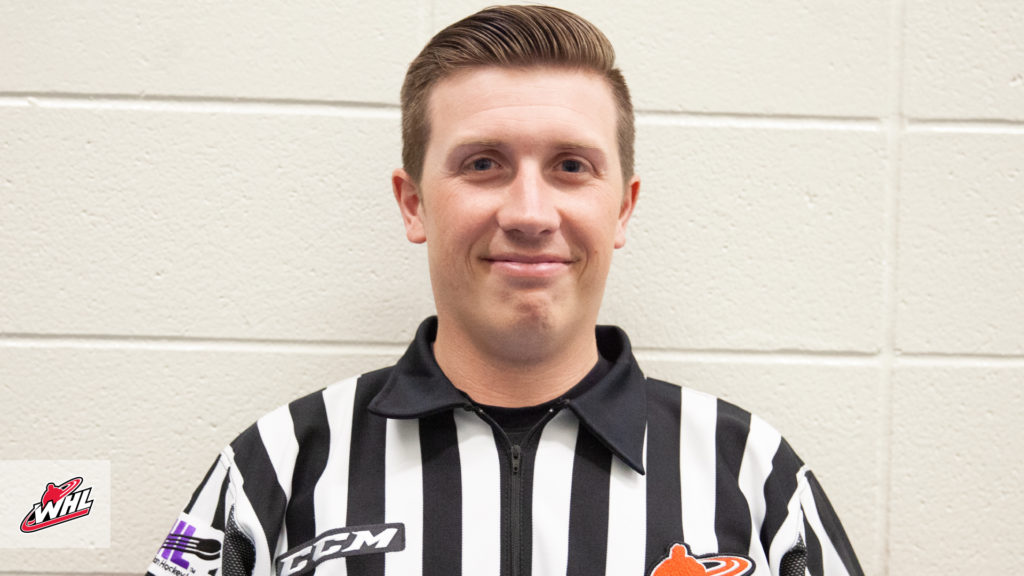 Hockey Alberta has recognized a pair of hockey officials with ties to the Western Hockey League.

Current WHL referee Fraser Lawrence was named Official of the Year while former WHL linesman CJ Senkow was named the recipient of the Ernie Boruk Award.

“It’s a pretty big honour,” Lawrence said. “I wasn’t expecting it, that’s for sure.

“It’s credit to a lot of the people that are hard working at Hockey Alberta that have helped me groom from starting officiating until where I’m at today. It’s good to see them around the rink when I can.”

Based out of Edmonton, Alta., Lawrence first officiated in the WHL during the 2011-12 season and has since worked 468 WHL regular season games. He’s also refereed 53 WHL playoff games, including the 2019 Rogers WHL Championship Series as well as the Conference Championship round of the WHL Playoffs for four-straight seasons.

Earlier this season, Lawrence was one of three Canadian officials selected to work at the 2020 IIHF World Junior Championship. Lawrence worked alongside fellow WHL officials Mike Campbell and Chad Huseby for the Bronze Medal game between Sweden and Finland.

A Level 6 official, Lawrence has also worked a number of national and international events, including the Canada Winter Games, CIBC Canada Russia Series, and the World Under-17 Hockey Challenge.

“I’ve just learned a lot more about the communication aspect and what it takes to excel in officiating,” Lawrence said, crediting WHL Senior Director, Officiating Kevin Muench and his team of supervisors and development coaches for bringing out the best in him.

From a communication perspective, Lawrence also credited his dealings with coaches around the league for helping him grow on the ice.

“Most of the coaches have played or coached in the NHL and obviously they’re pretty smart in a game,” Lawrence said. “Throughout time you just gain more experience and you learn.”

Senkow has worked as a linesman at all levels throughout Alberta, including in the WHL. He’s also served as part of the officiating crew at past events like the Alberta Cup and Viking Cup.

The Ernie Boruk Award is presented annually to an individual in appreciation of outstanding dedication and contribution to the Hockey Alberta Referee Council.

NEWS: Hockey Alberta is pleased to announce the recipients of the annual Hockey Alberta Awards. Congratulations to all of our winners, and thank you for being outstanding members of your community and our game!