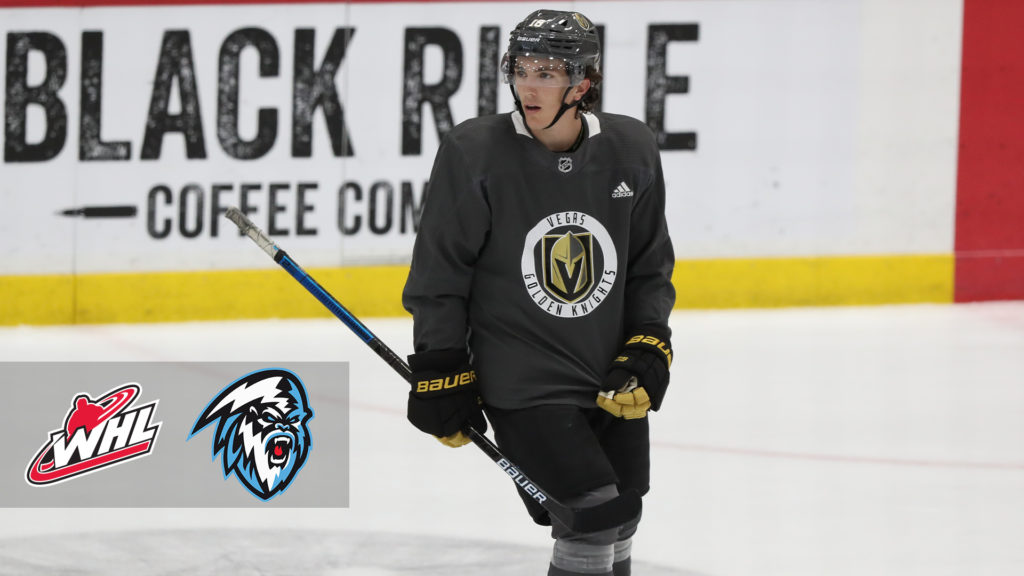 Peyton Krebs is on his way back to the Western Hockey League.

Sunday afternoon, the AHL’s Henderson Silver Knights – affiliate of the NHL’s Vegas Golden Knights – announced the 20-year-old product of Okotoks, Alta., had been re-assigned to the Winnipeg ICE.

The 17th overall selection in the 2019 NHL Draft, Krebs made his professional hockey debut this season with the Silver Knights, recording five points (1G-4A) and a plus-6 rating in five AHL games.

The 6-foot, 180-pound centre finished fourth in scoring on the ICE during the 2019-20 campaign, following a lengthy recovery from an off-season achilles injury. In only 38 regular season contests, Krebs collected an impressive 60 points (12G-48A). His performance earned him a place on the WHL’s Eastern Conference Second All-Star Team.

Originally selected by the ICE with the first overall pick in the 2016 WHL Draft, Krebs has skated in 175 career WHL regular season contests, tallying 188 points (49G-139A).

In January 2021, Krebs was a member of Canada’s silver medal team at the 2021 IIHF World Junior Hockey Championship. He also won gold with Canada at the 2018 Hlinka Gretzky Cup.

Krebs and the ICE are set to compete in the WHL’s Hub Center in Regina, Sask., beginning Friday, March 12.

Forward Peyton Krebs has been reassigned to the WHL’s Winnipeg Ice#HomeMeansHendersonhttps://t.co/Wn8kBMljrb