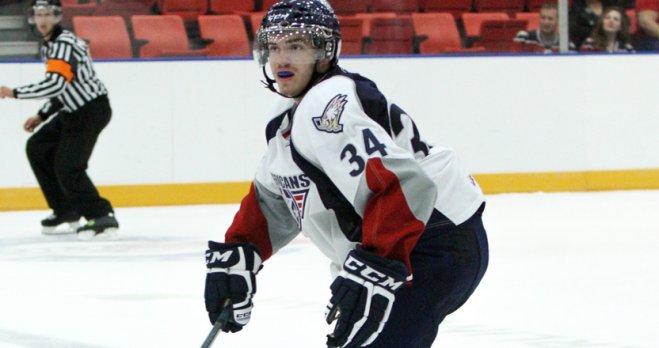 Cranbrook, BC – Jeff Chynoweth, General Manager of the Kootenay ICE Hockey Club, today announced the club has acquired 18-year-old Defenseman Clint Filbrandt from the Tri-City Americans in exchange for a conditional fifth round pick in the 2015 WHL Bantam Draft. 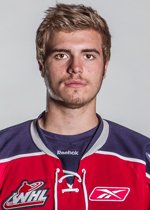 “With the uncertain future of Tanner Muth and whether he will able to return to our Club next year we felt it was important to add another defenseman with WHL experience.  Defenseman are tough to come by at all levels and this trade will give Clint an opportunity to be an everyday player with our Club,” added Chynoweth

KENNEWICK, WA – Tri-City Americans Governor/General Manager Bob Tory announced today that the team has traded 18-year-old rearguard Clint Filbrandt to the Kootenay Ice in exchange for a 5th round pick in the 2015 Bantam Draft.

Filbrandt, a 5’11 175-pound defenseman from Calgary, Alberta, was originally drafted by Tri-City in the 10th round (217th overall) of the 2010 WHL Bantam Draft.  Filbrandt just wrapped up his rookie WHL season, appearing in 31 games and collecting a goal and two points along with 17 penalty minutes and a plus-2 rating.  Filbrandt scored his first WHL goal in just his second WHL game back on Oct. 14 at Moose Jaw.  Prior to joining Tri-City, Filbrandt spent the 2011-12 season with the Calgary Northstars AAA Midget club, playing in 33 games and totaling four goals and 13 points.

“With an abundance of defenseman signed for the upcoming season, I wanted to give Clint an opportunity to continue to play in the WHL,” explained Tory.  “We would like to thank (Clint) for his contributions to our club and wish him nothing but the best.”