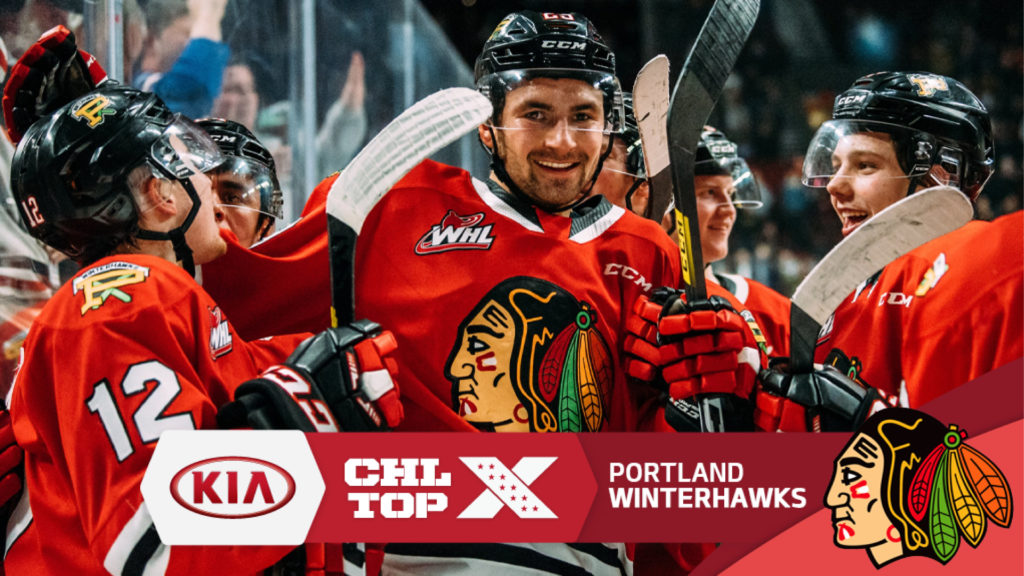 The Portland Winterhawks have been left to wonder what could have been.

Owning a Western Hockey League leading 97 points when play paused last season – its best showing since 2014 – the Oregon club was undoubtedly primed for a lengthy playoff run backed by a host of intriguing offensive contributors and steady veterans throughout its lineup in addition to rock-solid play between the pipes.

As the new season nears, and while some of the team’s top performers have since graduated, many others will return to a squad slotted ninth in the preseason edition of the Kia CHL Top-10 Rankings that now looks to make up for lost time.

Weekly editions to resume when each of @TheWHL, @OHLHockey and @QMJHL are in action. pic.twitter.com/QK07wgYCWH

Headlining the key returnees for the Winterhawks is breakout star Seth Jarvis whose sophomore campaign was marked by CHL-leading 59-point improvement that totaled 42 goals and 56 assists through 58 contests, including an outstanding 63 points once the calendar turned to 2020. Finishing as the runner-up for the Bob Clarke Trophy, such an impactful performance ultimately elevated Jarvis into the first round of the 2020 NHL Draft that saw the Winnipeg native selected 13th overall by the Carolina Hurricanes.

In preparation for the new season, Jarvis is already on the ice as part of 42 CHL players looking to lock down a spot with Team Canada at the 2021 World Juniors, an opportunity that has allowed the now third-year centre to get back up to speed following a long layoff.

“I’m feeling really good right now, so I think I’m going in there pretty confident,” Jarvis said ahead of the national team selection camp per Mike Sawatzky of the Winnipeg Free Press. “Everything (is there) in terms of playing a fast pace and playing my style of game. I’m just hoping it translates over there … It’s mostly just refining everything and getting really used to playing in game situations. It’s the kind of stuff you can’t work on much during the summer in terms of just having competitive practices.”

Sound the sirens because there’s a new Hurricane warning! 🔴⚪️

Congratulations to Seth Jarvis on being selected 13th overall by the Carolina Hurricanes in the 2020 NHL Entry Draft. pic.twitter.com/0EoczNEKnd

Back in Portland, Jarvis is the most important player on a squad looking to hold on to its championship aspirations and, despite roster reshaping like the graduation of Jake Gricius who finished fifth in team scoring last season following a near point-per-game performance, he won’t go it alone in looking to lead the team offensively. Indeed, Jarvis is one of a handful of NHL drafted prospects suiting up for the Winterhawks, including one of three who heard his name called this summer in addition to fellow forwards Cross Hanas and Jaydon Dureau, who were made second- and fifth-round selections by the Detroit Red Wings and Tampa Bay Lightning, respectively.

Drawing plenty of attention from the scouting community last season, the Winterhawks will also once again be a frequent viewing for talent evaluators this year with another set of intriguing up-and-comers headlined by forwards Jack O’Brien, Simon Knak, and Tyson Kozak, all of whom earned recognition in Central Scouting’s preliminary Players to Watch report ahead of the 2021 NHL Draft.

Three Winterhawks were featured on @NHLCentralScout's Preliminary Players to Watch List for the 2021 NHL Draft.

Such a bevy of scoring talents, in addition to other NHL drafted personnel like 18-year-old centre and New York Islanders prospect Reece Newkirk who finished third in team scoring last season with a career-high 65 points, will ride shotgun to Jarvis in helping to provide plenty of scoring punch up front.

Rounding out the lineup, on the back end, while top-scoring defenceman Johnny Ludvig is set to begin his pro career with the Florida Panthers’ organization, the Winterhawks will turn to their next wave of talent ready to take on elevated roles like Danish-born blue-liner Jonas Brondberg, among the club’s picks from the 2019 CHL Import Draft who will look to follow up on a solid introductory season on North American ice that saw him put up 22 points in 50 contests.

Elsewhere, the biggest change in Portland comes in the crease where former starter and St. Louis Blues prospect Joel Hofer is expected to turn pro. A World Junior gold medalist with Canada last season, the product of Winnipeg was also one of the most efficient netminders in the WHL as he surrendered just eight regulation losses through 48 appearances.

Hofer’s graduation leaves the Winterhawks to turn to a fellow Manitoban in 18-year-old Dante Giannuzzi who despite limited action last season showed plenty of promise. Seeing the ice on nine nights in 2019-20, Giannuzzi limited the opposition to two or fewer goals seven times and showed that he is ready to take the next step after a season of playing the understudy.

Icing a team with no shortage of offensive options and highlighted by one of the league’s most prolific producers, the coming campaign will see the Winterhawks look to get back on track as the franchise aims to capture its third Memorial Cup championship in team history.