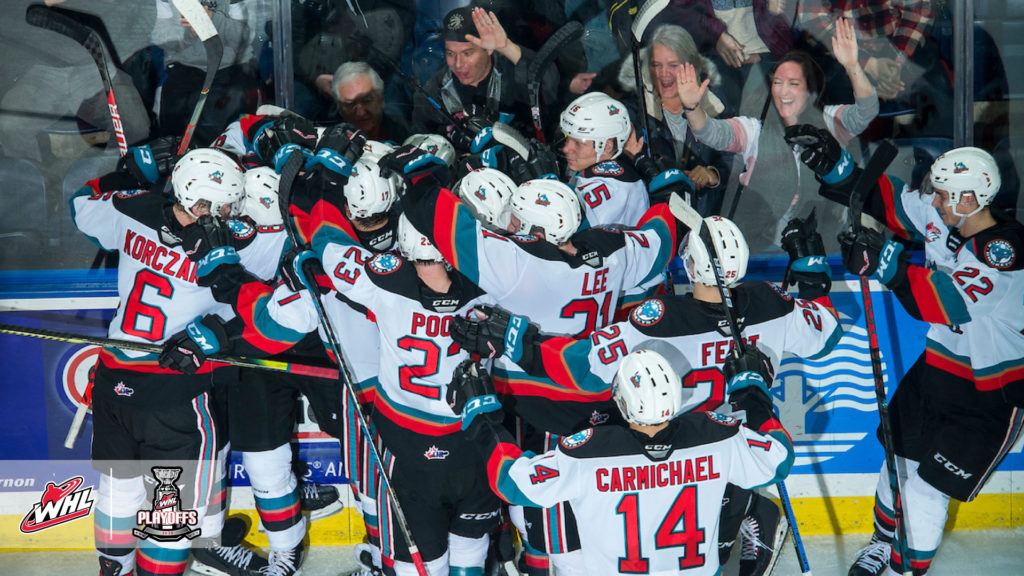 The Kelowna Rockets are the 15th Western Hockey League team to secure a spot in the 2020 WHL Playoffs following a 6-0 win over the Seattle Thunderbirds Friday night at Prospera Place.

With the victory, the Rockets improved to 28-27-3-3 on the season through 61 games, giving them 62 points. The Cougars, who also won Friday, can only achieve a maximum of 60 points by the end of the 2019-20 WHL Regular Season. The Rockets are the fourth B.C. Division team to secure a spot in the 2020 WHL Playoffs.

Energized by hosting responsibilities for the 2020 Memorial Cup presented by Kia, the Rockets are taking aim at their fifth WHL Championship after triumphs in 2003, 2005, 2009, 2015 as well as their second Memorial Cup after their win in 2004.

Bolstering their roster with several key moves at the 2019 WHL Bantam Draft as well as in the lead up to the 2020 WHL Trade Deadline, the Rockets acquired two talented forwards from the Seattle Thunderbirds.

On the blue line, the team has been anchored by Vegas Golden Knights prospect Kaedan Korczak. The Yorkton, Sask. product has 47 points (11G-36A) in 58 games. Also contributing from the blue line has been Jake Lee, another former Thunderbird, who has 29 points (5G-24A) in 59 games this season.

In the crease, the Rockets have held strong with the duo of Roman Basran and hometown product Cole Schwebius. Roman has assumed the majority of the starts, posting a 21-16-3-3 record in 48 games while maintaining a 2.91 goals-against average, 0.905 save percentage, and two shutouts. Schwebius meanwhile has posted a 7-11-0-0 record in 21 games while also possessing a 3.57 GAA, 0.898 SV%, and one shutout.

The Rockets will be at home next on Saturday, March 7 (7:05 p.m. PT), playing host to the Lethbridge Hurricanes.