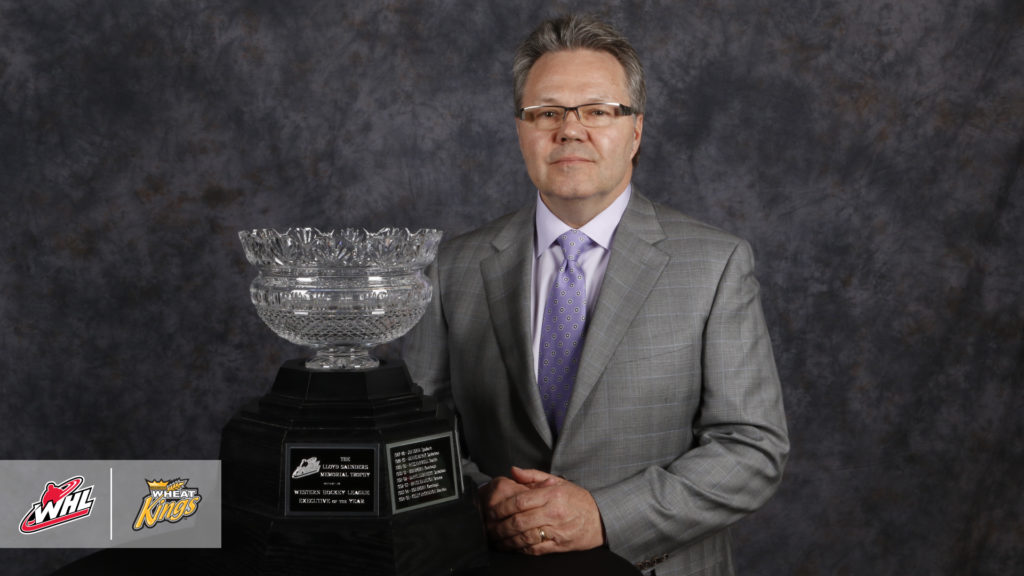 Kelly McCrimmon is set to take over the reins of the National Hockey League’s Vegas Golden Knights effective September 1, 2019.

The Brandon Wheat Kings owner and three-time winner of the Lloyd Saunders Memorial Trophy as WHL Executive of the Year was announced as the NHL team’s second general manager in franchise history Thursday.

After his playing career ended, McCrimmon stepped behind the bench with the North Battleford North Stars in the Saskatchewan Junior Hockey League before taking on an assistant coaching role with the Wheat Kings ahead of the 1988-89 WHL Regular Season.

By next season, McCrimmon had taken over the duties as Head Coach and General Manager with the WHL club, beginning a 27-season run where he served in either or both roles. In 1993, McCrimmon became a minority owner of the team and eventually became the sole owner by 2001

The Wheat Kings have participated in the Memorial Cup four times under McCrimmon’s tenure, gaining admittance as the WHL Championship runner-up in 1995 and hosting the tournament in 2010.

Gaining a reputation for properly developing players for future careers in professional hockey, the Wheat Kings have played a strong part in seeing Manitoban talent realize their dream of playing in the National Hockey League.

The long list of Manitobans to make the jump from the WHL’s Wheat Kings to the NHL include Mark Stone, Nolan Patrick, Matt Calvert, Trevor Kidd, Travis Hamonic, Ryan Pulock, Ryan Reaves, and Jordin Tootoo who all played under McCrimmon in some format during those years. Stone and Reaves currently play with the Golden Knights.

Also on the rise in the professional hockey ranks from the McCrimmon era are the likes of Stelio Mattheos, Tanner Kaspick, and Ty Lewis among soon to be many others.

Congratulations to our Owner and Governor Kelly McCrimmon along with former Wheat Kings Marty Murray, Terry Yake, Bob Fitchner and Trevor Kidd on being inducted into the Manitoba Hockey Hall Of Fame today! @MBHHOF

THE BAND IS STAYING TOGETHER! 🙌

Kelly McCrimmon has been named General Manager of the Golden Knights, effective Sept. 1

George McPhee will continue to be responsible for all VGK hockey ops decisions & the hockey ops staffhttps://t.co/5MuEhQcVUZ