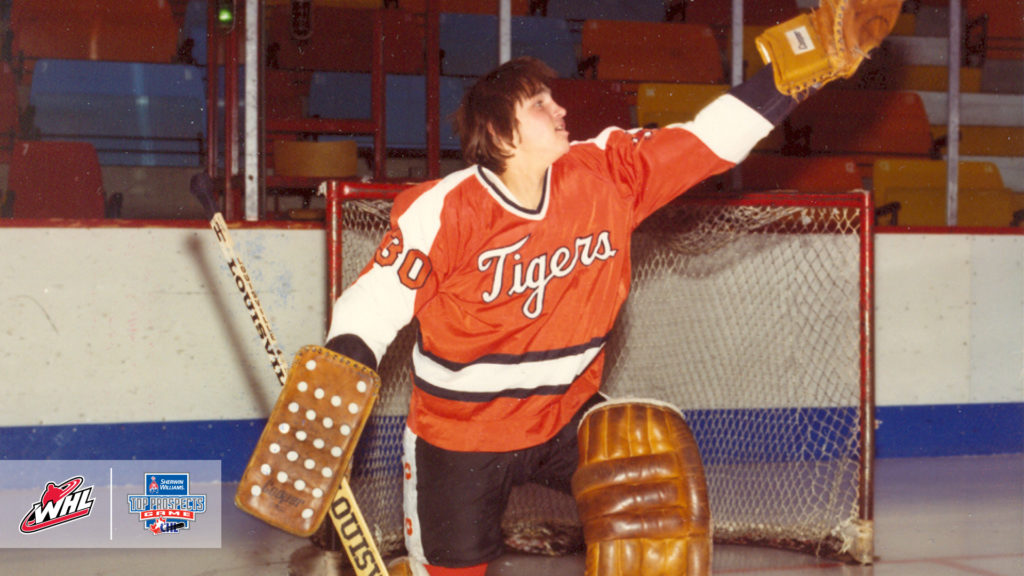 From between the pipes and in the blue paint, Kelly Hrudey had a unique vantage point when he took in 677 National Hockey League games.

The longtime NHL netminder turned broadcaster will soon see the game from another perspective when he steps behind the bench at the 2019 Sherwin-Williams CHL/NHL Top Prospects Game as the head coach of Team Orr.

It marks the second time Hrudey has been involved in the prospect showcase – he was a head coach in 2002 – and memories of those times played a part in his acceptance of an encore appearance.

“It was a unique, cool experience that I’ll always remember because of all of the people involved,” Hrudey told the Canadian Hockey League. “I had Rick Nash on my team. Scottie Upshall was in the game – he wasn’t on my team – but I remember him as a really dynamic, young personality. The experience itself was really cool because I was only four years removed from playing in the NHL so I was much closer to it than I am this time.

“I am excited about it because, when you’re that close, what I’ve found is that you find out in about three or four minutes who is playing well right away, whereas when you’re in the studio it takes you a little bit longer because you’re not involved. When you’re behind the bench, it’s almost immediate that you get such a really good feel of the game.”

After a 15-year career in the big leagues that spanned stops with the New York Islanders, Los Angeles Kings, and San Jose Sharks, Hrudey turned to the broadcast booth following his 1998 retirement and has spent the past 21 years as part of the revered television crew at Hockey Night in Canada.

This year prospect’s showcase will see Hrudey face off against co-host and colleague Ron MacLean, who will serve as head coach of Team Cherry. While both broadcasters are relatively new to the coaching ranks, Hrudey, who will be assisted by former Calgary Flames defenceman Robyn Regehr and Prince Albert Raiders bench boss Marc Habscheid, still plans to implement one rule.

Proud to welcome @RonMacLeanHTH and @KellyHrudey behind the bench on January 23 in Red Deer alongside Alberta #NHL alumni Dave Hunter and Robyn Regehr, plus #CHL coaches Brent Sutter and Marc Habscheid.

“Because it’s the Top Prospect Game, this is a chance for all of the players to showcase their unique skill set, so you can’t overextend your shift,” Hrudey explained. “That’s my only rule because this is a game for everybody, and everybody should have an equal opportunity to show their skills.”

Not only will that instruction allow each player equal opportunity to demonstrate his abilities, but a player’s willingness to keep his teammates in mind could also be a big factor to the many talent evaluators in attendance.

“Some of the conversations I had with the scouts (in 2002), being around the kids, is that they were asking me my input about their character because I have a unique opportunity from my NHL background to sort of see these kids and put into context where their qualities and their faults might lie,” Hrudey said.

In a game that features two rosters built from the top talents available in the upcoming NHL draft, it can often be a player’s intangibles that separates him from the pack. It’s a message Hrudey knows well and will keep in mind when guiding the latest group of up-and-comers.

“I am not necessarily looking at the talent because they’re all going to be super talented. My biggest message has always been to be a good teammate,” Hrudey said. “I am looking at how you try to help your teammates and how you try to work yourself into that lineup without making it all about yourself.”

An Alberta native who spent three seasons with the Western Hockey League’s Medicine Hat Tigers before being drafted in 1980, it’s also no surprise that the Edmonton native is excited to see the prospect showcase return to his home province for the fifth time since 1999.

“This is going to be well received in Red Deer,” Hrudey said. “I know Albertans, in a place like Red Deer, even though they have the Rebels, and Brent Sutter has done a fantastic job there, this is a unique opportunity to see the best in North American junior hockey, so it’s terrific.”