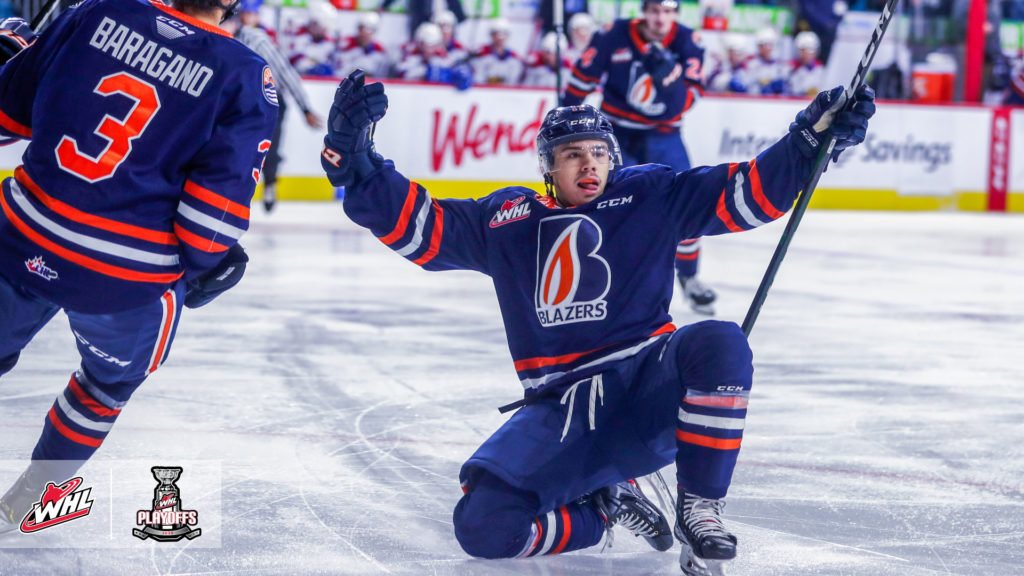 For the first time since 2012, the Kamloops Blazers are the champions of the B.C. Division.

Claiming their 17th division banner in franchise history since they began play as the Estevan Bruins in 1966, the Blazers accomplished the feat in 2020 thanks to an 8-1 win over the Tri-City Americans Saturday night in Kennewick, Wash.

In Saturday’s win, captain Zane Franklin became the first Blazer to reach the 90-point plateau this season with a three-point effort. Orrin Centazzo scored his 44th goal of the season to rank second in the WHL. Saturday’s win marked the fifth in a row for the Blazers.

The Blazers are the first division champion to be confirmed this season.

Kamloops will stay in Kennewick until tomorrow, taking on the Americans to close out the season series on Sunday, March 8 (4:05 p.m. PT)