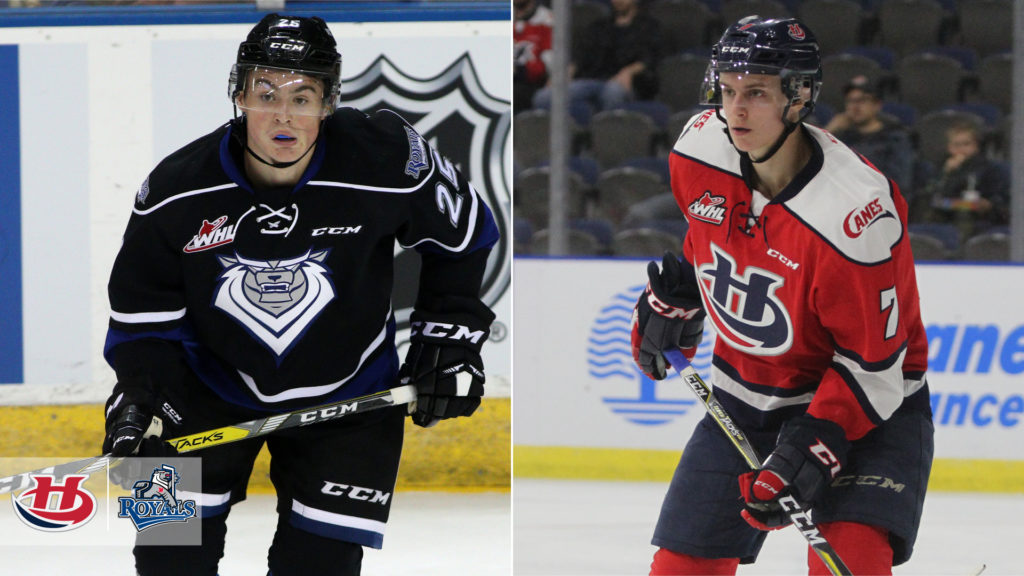 The Victoria Royals have acquired 2001-born defenceman Nolan Jones from the Lethbridge Hurricanes in exchange for 2000-born forward Dino Kambeitz and a fourth-round pick in the 2021 Western Hockey League Bantam Draft.

Jones, a product of Moose Jaw, Sask. suited up in 49 games for the Hurricanes in the 2018-19 WHL Regular Season and recorded 12 points (2G-10A) and 47 penalty minutes. The 18-year-old defender also played in all seven of Lethbridge’s playoff contests and collected one assist and seven minutes in penalties.

The 6-foot-2, 180-pound blueliner has played in 61 career WHL games and has collected 13 points (2G-11A). He was originally drafted by the Hurricanes in the second round, 41st overall, in the 2016 WHL Bantam Draft.

The native of Parker, Colo. was selected by the Royals in the fifth round, 90th overall, in the 2015 WHL Bantam Draft.