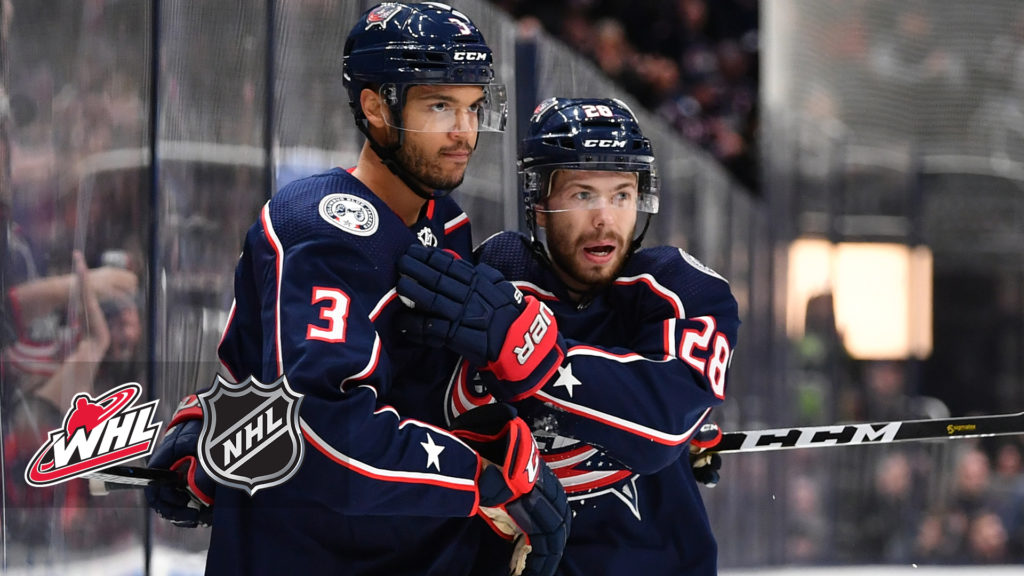 The Blue Jackets are looking to advance to their prime years by the maturity and growth of their young core and the additions of veteran Mikko Koivu and Max Domi. Finishing last season with 81 points, the Jackets were the fourth best team in the new-looked Central Division; only finishing behind Tampa Bay, Carolina, and Dallas. They impressed many with their performance in the NHL’s Stanley Cup Playoffs bubble, none more impressive than defencemen Seth Jones. Jones was limited to 56 games last season, producing six goals and 24 assists before his injury. Based upon his impressive defensive play in the bubble, along with 18 points in the past three playoff appearances (26 games), Jones is poised to produce closer to his 2017-18 form of 57 points, which included 24 power-play points. The four-time all-star will be focused on the development of his play to become a legitimate top defencemen in the league.

Recently surpassing 250 games in the NHL, Bjorkstrand has entered his sixth season in the NHL. Like Jones, Bjorkstrand will look to develop his play as an established top-six winger. Signing an extension worth $27 million, he is poised to surpass the 40-point mark he has been hovering around the past three seasons. Scoring 36 points in 49 games last season put him on pace for 60 points in a full campaign. Expect an increased role on the power play, as he averaged six power-play points in the last three seasons.

Jones and Bjorkstrand, former first-round selections in the WHL and CHL Import Drafts respectively, and teammates on the Winterhawks, are still young players in the NHL. Jones played in the WHL in 2012-13, after leaving the United States National Development Team to help the Winterhawks pursue a WHL Championship. The WHL Rookie of the Year finished the regular season with 56 points and put up 15 points in 21 playoff games, averaging just under a point per game at 0.87. This earned him the reward of CHL Top Prospect along with being named to the United States World Juniors team, where he captured gold by leading all defencemen with six assists.

Bjorkstrand found similar success on that 2013 WHL Championship-winning team, leading the WHL in goals (31) and points (63) by a rookie. Bjorkstrand only progressed further, scoring 109 points and a WHL-leading 118 points in his next two seasons. The two-time WHL All-Star won WHL Player of the Year and represented Denmark as an assistant captain at the 2015 World Juniors. He was also named as one of the top three players of that tournament. Bjorkstrand went on to play two seasons in the American Hockey League, capturing a Calder Cup as league playoff MVP for most points.

Jones and Bjorkstrand are the youngest out of these 10 players highlighted in this five-part series. However, these players are on the upsing of their careers and headed towards their prime. They are among the top players to watch as they look to separate themselves into the upper elite players in the NHL.