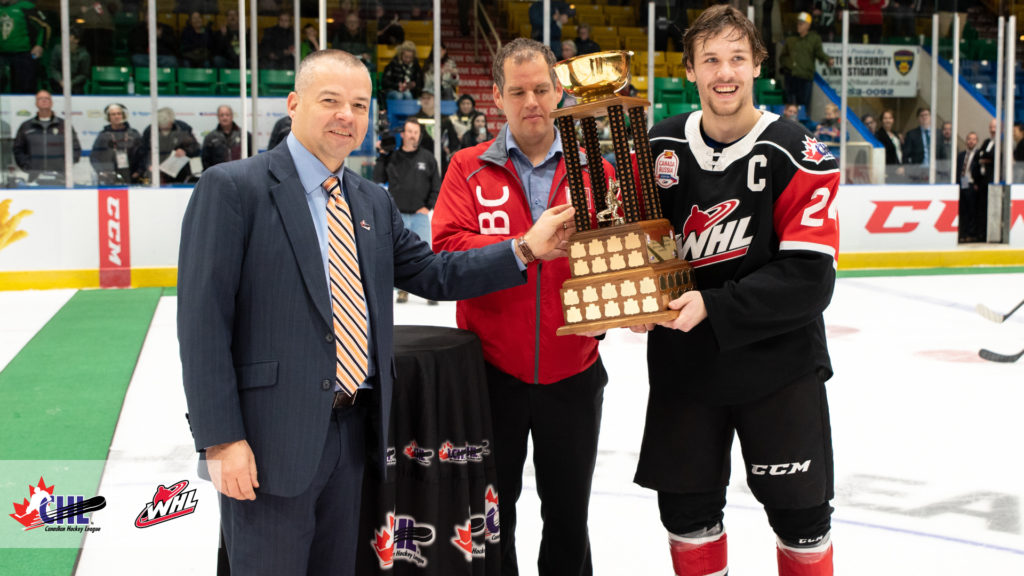 Canadian Hockey League President Dan MacKenzie recently sat down with Junior Hockey Magazine to discuss the impact of the COVID-19 pandemic, how the CHL’s three regional leagues are working together through the process, and how the league is working toward return to play protocol with key partners across the hockey landscape:

Junior Hockey Magazine: How are you holding up through all of this?

Dan MacKenzie: We’re doing fine. These are obviously unprecedented times and having to cancel the Memorial Cup for the first time ever was not what I was expecting to do in my first year on the job but at the end of the day this is the kind of thing that we have never seen before. Taking our cue from public health authorities, it was pretty clear how serious this was, and the safety of our players, teams, billets, and fans is critical. It became pretty clear what we had to do. It’s unfortunate but we’re now focused on next year and hoping to be able to drop the puck in September.

JHM: How difficult is it for you in a position of leadership, and the three commissioners, because you’re trying to take information that is provided to you from the federal and provincial governments and then disseminating that to your member clubs across the country, and it really is a moving target. How tough is that process?

DM: My first time I was on this show you asked how it is to work with the commissioners and the leagues, and to be honest this process has really shown the strength of that formula. I am really fortunate to be able to work with the commissioners who, while they haven’t seen something like this, are really experienced and really understand how to work with their leagues, teams, and governors. We meet three times a week and a lot of it is dealing with the things that you talked about, from sharing notes on what is going on with provincial governments and what return to play protocols are looking like. We have regular communication with Hockey Canada in terms of what they are going to look like when they come back, what minor hockey is going to look like. We talk a lot about the NHL and how we are interfacing with them on a regular basis. There is a lot of unknown but there is a lot of dialogue and communication and real unity amongst the leagues and with our governors. It hasn’t been easy but we are working through it.

JHM: Would you return to play in empty areas where you could quarantine your players and take care of the fans at that point? Is that a realistic option?

DM: In a normal world, no. Our model doesn’t really work because the importance of having fans come into our building is really important for the model. These are very unprecedented times and we’re going to look at all options to get back to play next season. We’re looking at those contingencies. The most important thing though when it is all said and done is it has to be safe for everybody involved. We’re going to work with the provincial and local health authorities in every market in all of the jurisdictions that we play in, and when they say that we are good to go, we’re going to be ready and we’re going to drop the puck.

JHM: What kind of conversations have you had with Hockey Canada and what could we see in terms of changes in terms of the complexion for minor hockey for tournaments, etc., as we move forward in the new world?

DM: It’s something that we are working through. Hockey Canada has been really proactive in bringing in input from across the hockey world in terms of what return to play looks like and what is happening in other countries as well because there are other countries that are in different stages of return compared to where we are. I don’t have the answers yet so I can’t exactly say what it is going to look like but if you think through all of the logistics of what minor hockey looks like coming back, there are a lot of things to deal with. Hockey Canada is developing committees that are gathering input from all of these different sources of stakeholders and we’re in the process of working through it right now.