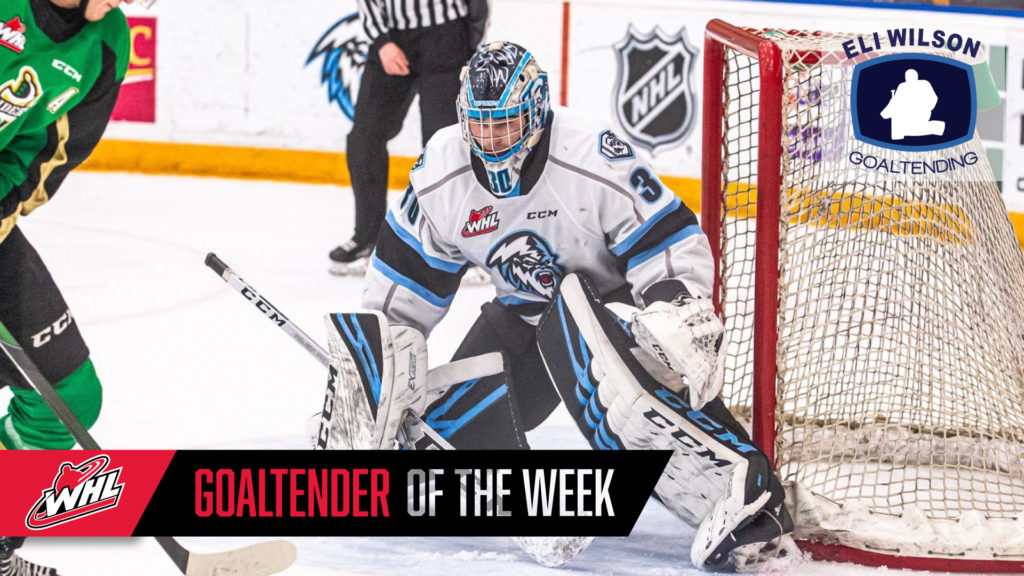 In two appearances, Hughes posted a 2-0-0-0 record, 0.50 goals-against average, made 49 saves on 50 shots for a 0.980 save percentage, and recorded a single shutout. The pair of wins factored into a three-game winning streak for the ICE, who have kept themselves in the conversation for the East Division title with a 37-24-1-0 record through 62 games, giving them 75 points.

Friday in Moose Jaw, Hughes made 15 saves on 16 shots as the ICE downed the Moose Jaw Warriors by a 4-1 score. Hughes stopped five shots in the first, nine in the second, and one in the third. Hughes held firm on two power-play opportunities for the Warriors throughout the contest.

Sunday at home, Hughes recorded a 34-save shutout as the ICE blanked the Prince Albert Raiders by a 3-0 score. Hughes made 11 saves in the first, nine in the second, and 14 in the third to hold the division-leading Raiders off the scoresheet. He was subsequently named the first star of the game as well as the first star of the night in the WHL.

Hughes and the ICE are in action next against the Regina Pats on Wednesday, March 11 (7 p.m. MT) at the Brandt Centre.