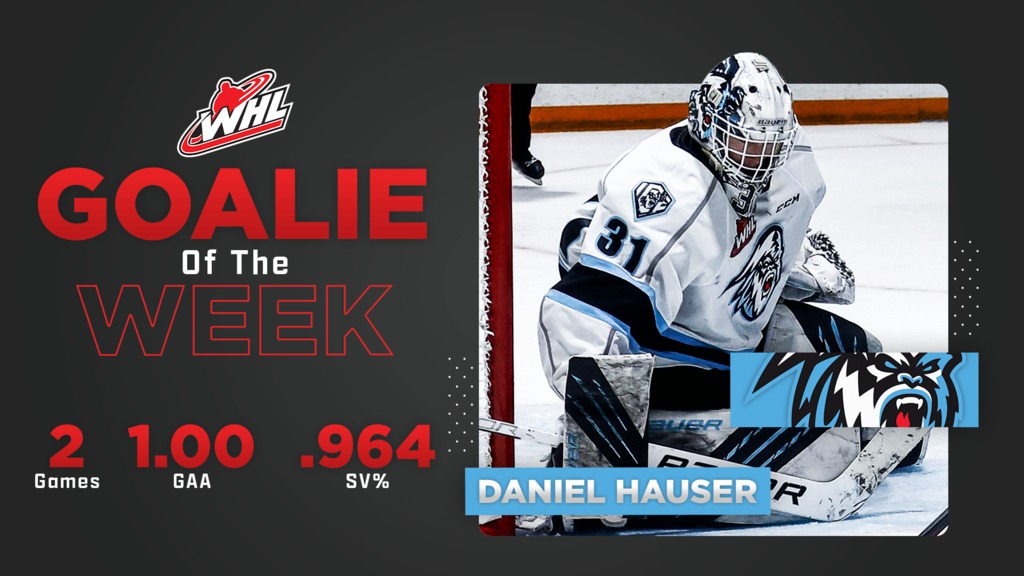 The product of Chestermere, Alta. recorded a 1.00 goals-against average, .964 save percentage and one shutout across two starts this past week, helping the ICE start the 2022-23 WHL Regular Season with a 4-0-0-0 record.

Hauser began his week with a 26-save performance Wednesday, September 28 as Winnipeg defeated the Prince Albert Raiders 6-2.

Two nights later, the 18-year-old collected a 27-save shutout at Swift Current, earning First Star honours in the process.

Friday’s shutout was the ninth of Hauser’s WHL career; he led the League with eight clean sheets during the 2021-22 season.

Hauser and the Winnipeg ICE are next in action Friday, October 7 when they pay a visit to the Regina Pats (7:00 p.m. MT, Brandt Centre).