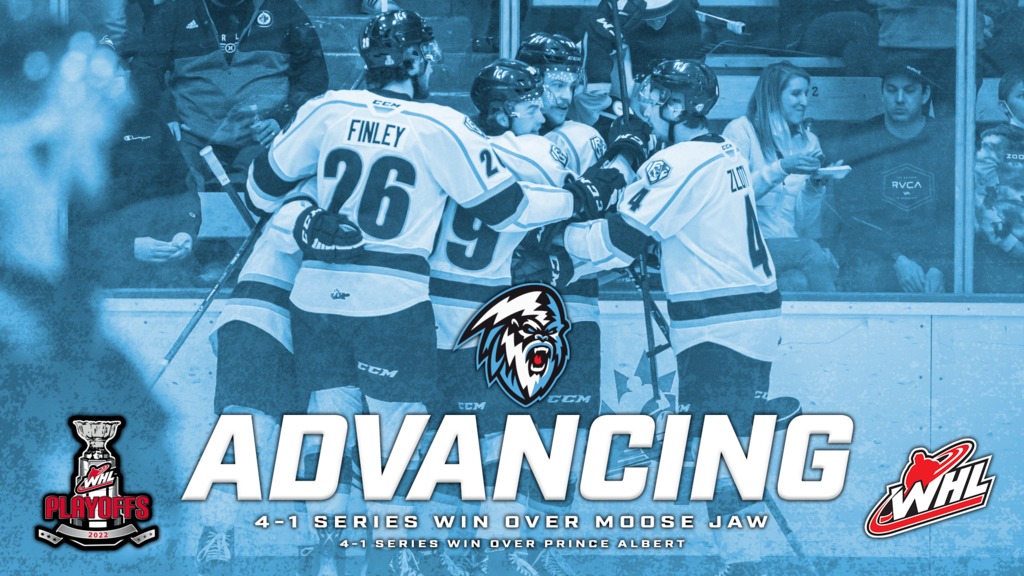 With a 6-3 victory over the Moose Jaw Warriors on Friday night, the Winnipeg ICE have advanced to the WHL Eastern Conference Championship.

It took five games of a best-of-seven series for the ICE to knock out the Warriors, but they’ve done just that and will now host the Edmonton Oil Kings, with Game 1 set for Friday, May 20 at 7 p.m. CT.

Game 2 of the best-of-seven Eastern Conference Championship will go the next night – Saturday, May 21 at 7 p.m. CT.

The remainder of the Eastern Conference Championship schedule will be announced at a later date. The series will follow a 2-3-2 format, with Games 3-5 being played in Edmonton. If necessary, the series will shift east to Winnipeg for Games 6 and 7.

The high-powered ICE, led by the post-season scoring exploits of youngster Zach Benson (8G-10A–18 points) will face arguably their toughest test yet in the Central Division champion Edmonton Oil Kings, who advanced to the Eastern Conference Championship by disposing of the Red Deer Rebels in four straight games.

Between the pipes, netminder Daniel Hauser has carried the mail from start to finish thus far for Winnipeg. In 10 appearances, he’s 8-2-0-0 with a 1.82 goals-against average, .921 save percentage and one shutout. For Edmonton, it’s Detroit Red Wings prospect Sebastian Cossa who has logged all of the minutes in the blue paint, going a perfect 8-0-0-0 with a 1.48 GAA, .932 SV% and three shutouts in back-to-back series sweeps of Central Division rivals Red Deer and Lethbridge.