ICE add experience with acquisition of Leppard from Cougars 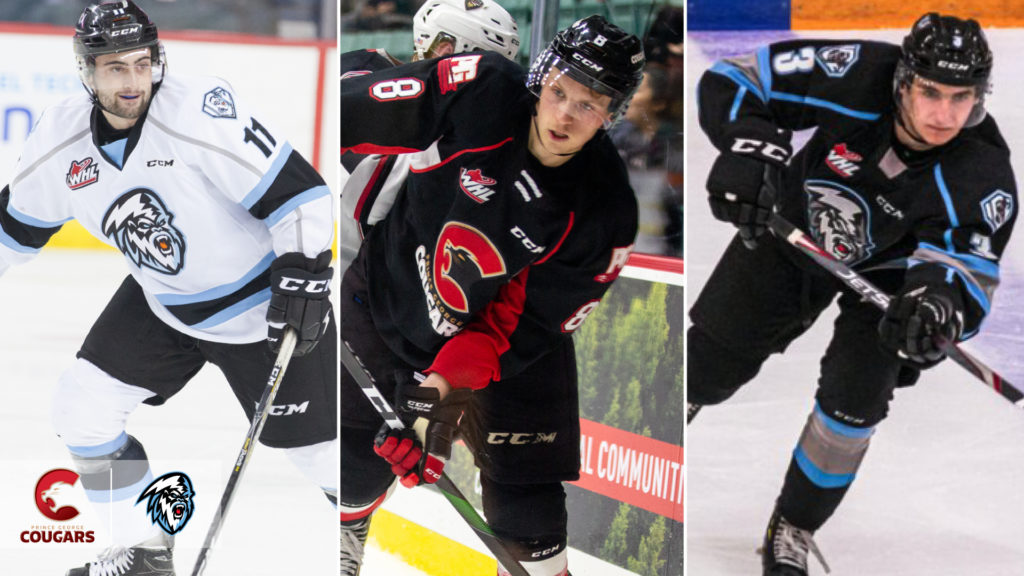 Leppard, a 19-year-old product of North Vancouver, B.C., was originally a first-round pick (eighth overall) of the Cougars at the 2015 WHL Bantam Draft. He steps into the Winnipeg lineup as one of the most experienced forwards on the roster, with 177 WHL regular season games under his belt since 2015-16.

“Holden and Marco have been great teammates and competitors, we wish them well in Prince George,” said Matt Cockell, President and General Manager of the ICE. “The addition of Jackson Leppard provides experience and depth to our forward group.”

In the 5-foot-9 Creta, the Cougars land a mobile defenceman in his third season of WHL duty. Over 101 career WHL games split between the Regina Pats and ICE, Creta has amassed 25 points (5G-20A). Unselected in the WHL Bantam Draft, the Manitoba product was originally signed to a WHL Standard Player Agreement by the Pats on September 1, 2017, after beginning his junior days with the Virden Oil Capitals of the Manitoba Junior Hockey League.

Up front, the 17-year-old Kodak provides some speed for the Cougars. At 5-foot-9 and 156 pounds, the shifty winger was originally an 11th-round selection (229th) of the Portland Winterhawks at the 2016 WHL Bantam Draft. In 57 career WHL regular season contests, Kodak has 10 points (3G-7A) to his name. A native of Cloverdale, B.C., Kodak returns to his home province after beginning his career with the Winnipeg franchise during its days in Cranbrook, B.C.

“It’s a good move for our organization right now and moving forward. We’re getting two players that will step into our lineup and make an impact,” said Mark Lamb, General Manager & Head Coach of the Cougars. “This is a good fit for Jackson too, as he’s going to a great organization and we wish him all the best in his future in Winnipeg.”

Creta and Kodak join a Cougars squad entrenched in a highly-competitive B.C. Division. Through eight games to open the 2019-20 campaign, Prince George is 3-5-0-1 (seven points) and sitting fifth in the five-team B.C. Division. The two newcomers will look to help spark their crew in pursuit of a Western Conference playoff spot.

As for Leppard, he joins an ICE club battling for position in the equally competitive East Division. Through nine games to start the season, the ICE sit fourth in the division with a record of 4-4-1-0 (nine points), trailing the third-place Moose Jaw Warriors (5-4-0-0, 10 points), second-place Saskatoon Blades (7-4-0-1, 15 points) and defending WHL Champion Prince Albert Raiders (7-0-2-0, 16 points).

Next up for the Cougars is the second in a two-game home set against the Spokane Chiefs (Saturday at 7 p.m. PT). Out east, the ICE will play host to the Blades (Saturday at 7:30 p.m. CT). 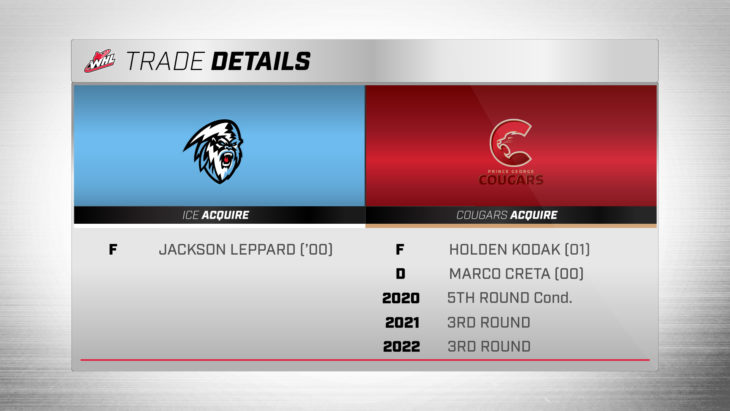