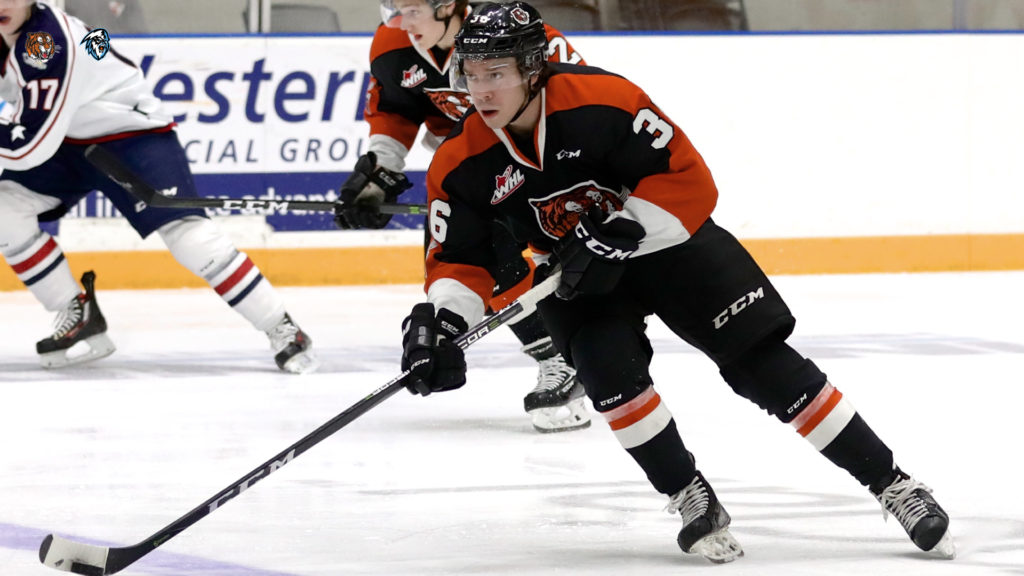 “We would like to thank Jaeger for his valuable contributions to the Tigers organization on and off the ice and wish him all the best with his new team,” said Shaun Clouston, Tigers General Manager and Head Coach.

Selected by the Hurricanes in the fourth round, 72nd overall, of the 2013 WHL Bantam Draft, White has appeared in 152 WHL regular season games, recording 54 points (15G-39A). In six career WHL playoff games, all played last season with the Tigers, White had six points (2G-4A) with both goals coming on the power play.

The Medicine Hat Tigers announced Tuesday that Jaeger White has been traded to the Kootenay ICE for a conditional draft pick.

TRADE ALERT 🚨: The ICE have acquired forward Jaeger White (@Jwhite_19) from the @tigershockey.