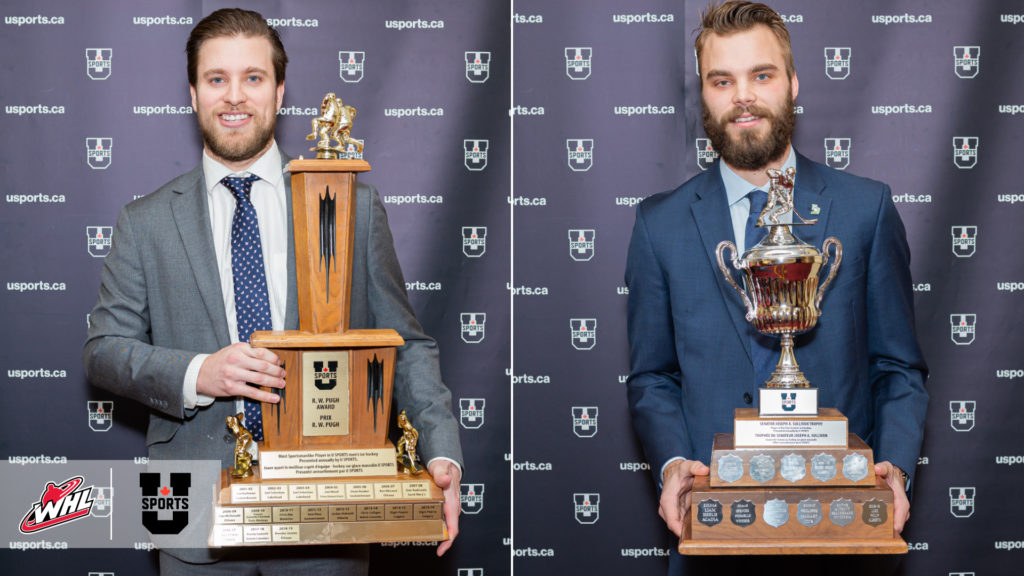 Former Kamloops Blazers and Seattle Thunderbirds goaltender Taran Kozun was honoured with the Senator Joseph A. Sullivan Trophy as U SPORTS men’s hockey Player of the Year as well as the U SPORTS Goaltender of the Year award. Former Kootenay ICE forward Levi Cable was named the recipient of the R.W. Pugh Fair Play Award for the league’s Most Sportsmanlike Player.

Kozun led the Canada West conference in every major goaltending category, posting a 1.87 goals-against average, 0.931 save percentage, five shutouts, and 17 wins. Along with those sparkling numbers, the third-year arts and sciences major from Nipawin, Sask., also became just the second goalie in CW history to score when he found the net in January against the Calgary Dinos.

The double-award feat was a unique one for Kozun, who became the first player in U SPORTS history to claim both recognitions since the goaltending honour was introduced in the 2009-10 season. It marked the second-straight goaltender of the year honour for Kozun.

Cable posted the third 20-point season of his career in 2019-20, registering 24 points (10G-14A). He also registered a second consecutive penalty free season, as he concluded his five-year U SPORTS career with just 18 penalty minutes.