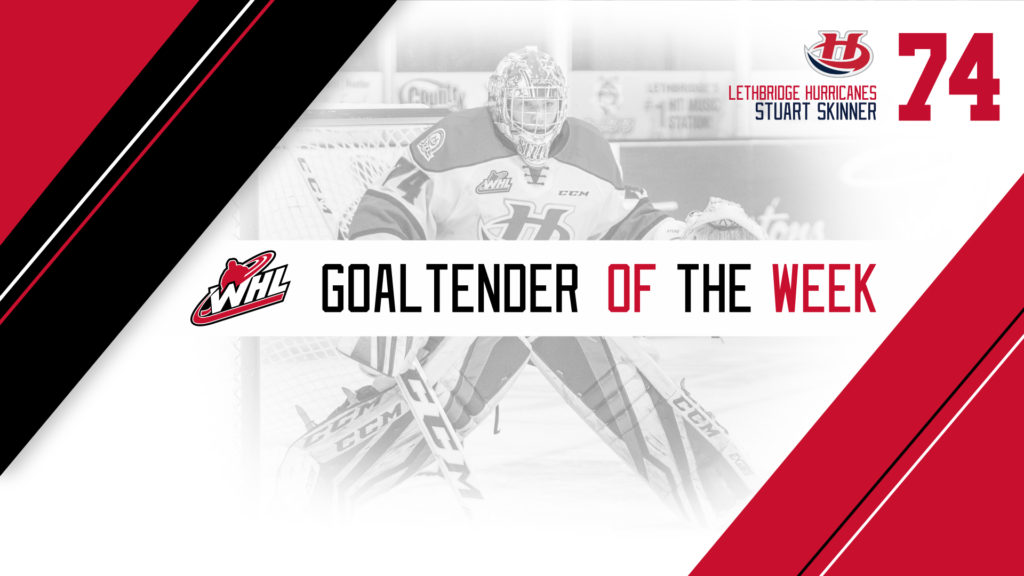 On Wednesday, February 1, Skinner returned to the Hurricanes from the 2017 Sherwin-Williams CHL/NHL Top Prospects Game to make 34 saves in a 3-2 overtime win at Red Deer and was named second star for his performance. Saturday, February 4, saw Skinner shine once again as he turned away all 31 shots he faced in a 3-0 win versus Moose Jaw, earning first star honours.

The 6-foot-4, 209-pound goaltender was recently ranked ninth among North American goaltenders in NHL Central Scouting’s midterm rankings and is eligible for the 2017 NHL Draft.

Originally selected by the Lethbridge Hurricanes in the first round (17th) of the 2013 WHL Bantam Draft, Skinner has amassed a career record of 66-46-6-5 with a 3.27 GAA, .910 SV% and six shutouts in 137 career WHL regular season appearances.