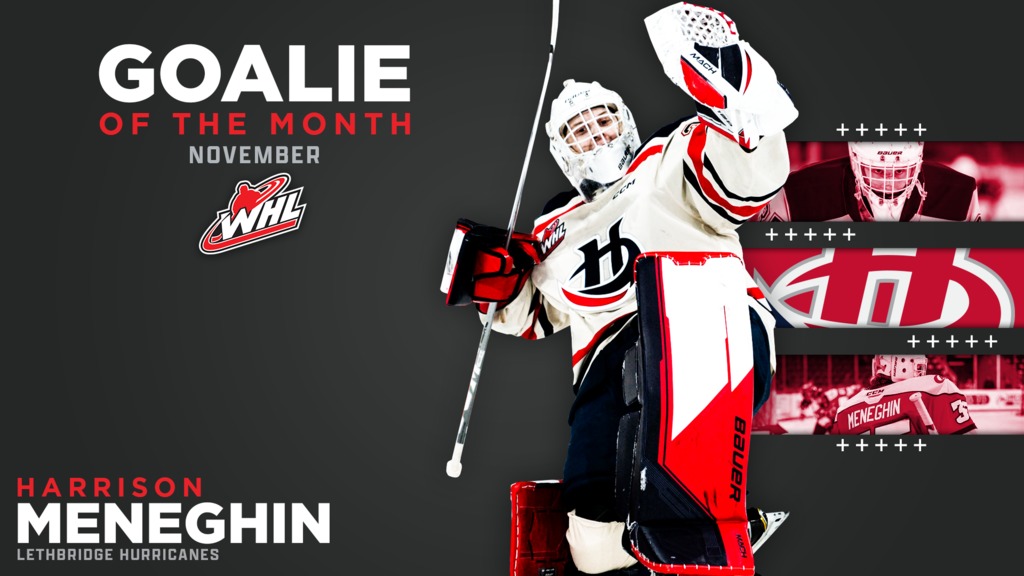 Calgary, Alta. – The Western Hockey League announced today that Lethbridge Hurricanes goaltender Harrison Meneghin has been named the WHL Goaltender of the Month for the month of November.

Meneghin led all WHL goaltenders with seven wins in November, posting a 7-0-0-1 record, 1.96 goals-against average and .936 save percentage along the way.

The 18-year-old made 30 or more saves in five of his eight appearances in November including a 37-save performance November 25 at Brandon.

Meneghin, who hails from South Surrey, B.C., limited his opponents to two goals or fewer on five occasions this past month.

He currently sits second among rookie WHL netminders with 10 victories, while his 2.37 goals-against average and .921 save percentage are both in the top five among first-year WHL puck-stoppers.

Meneghin was originally signed by Lethbridge in September of 2021 and holds a career 10-3-0-1 record to go along with a 2.56 goals-against average and .914 save percentage.

Harrison Meneghin and the Lethbridge Hurricanes are next in action Friday, December 2 when they visit the Tri-City Americans (7:05 p.m. PT, Toyota Center).