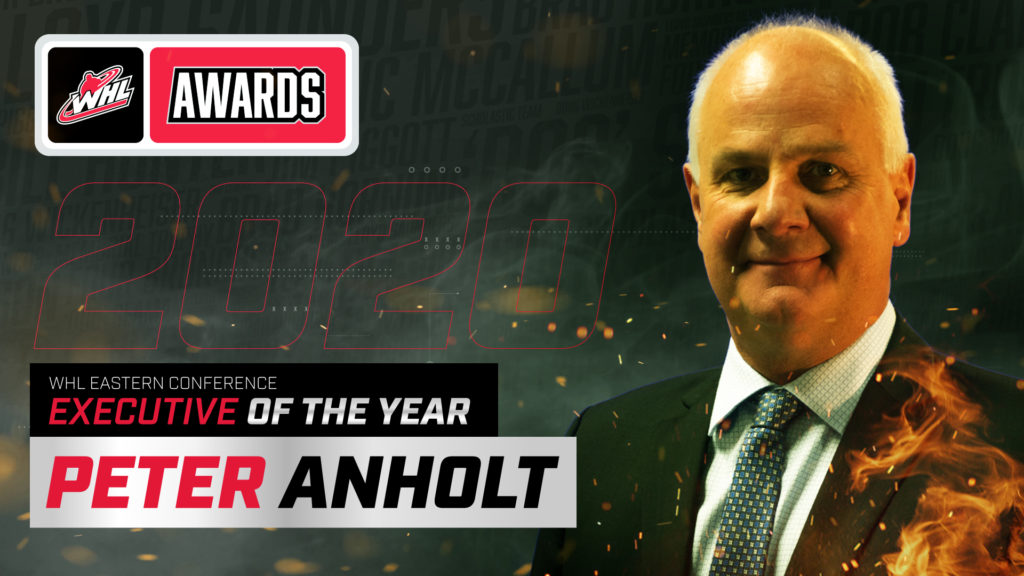 In his fifth full season as General Manager of the Hurricanes, Anholt was the architect of a Club that skated to a 37-19-2-5 record through 63 games, placing third in the WHL’s Central Division and competitive among the top teams in the WHL’s Eastern Conference. The performance marked the Hurricanes’ fifth-straight season of 30 or more victories, one behind tying the Club record.

Powering them to success were a number of new and familiar faces for the Hurricanes as well as the southern Alberta region. Anholt’s selection of Slovakian forward Oliver Okuliar at the 2019 CHL Import Draft boosted the Hurricanes’ scoring prowess, while the addition of former Hurricane Brett Davis helped to strengthen the Hurricanes down the stretch. Anholt also acquired Dino Kambeitz to provide more offensive options for his group. Finally, Anholt has built local ties through the WHL Bantam Draft, selecting Lethbridge products Zack Stringer and Erick Roest to complement the team’s promising future.

The Lloyd Saunders Memorial Trophy honours a WHL Club Executive for their contributions to their team’s overall performance on and off the ice during the WHL Regular Season.

WHL Eastern and Western Conference Executives of the Year are voted upon annually by WHL General Managers and Head Coaches. The winner of the Lloyd Saunders Memorial Trophy for WHL Executive of the Year will be announced on Friday, May 8.