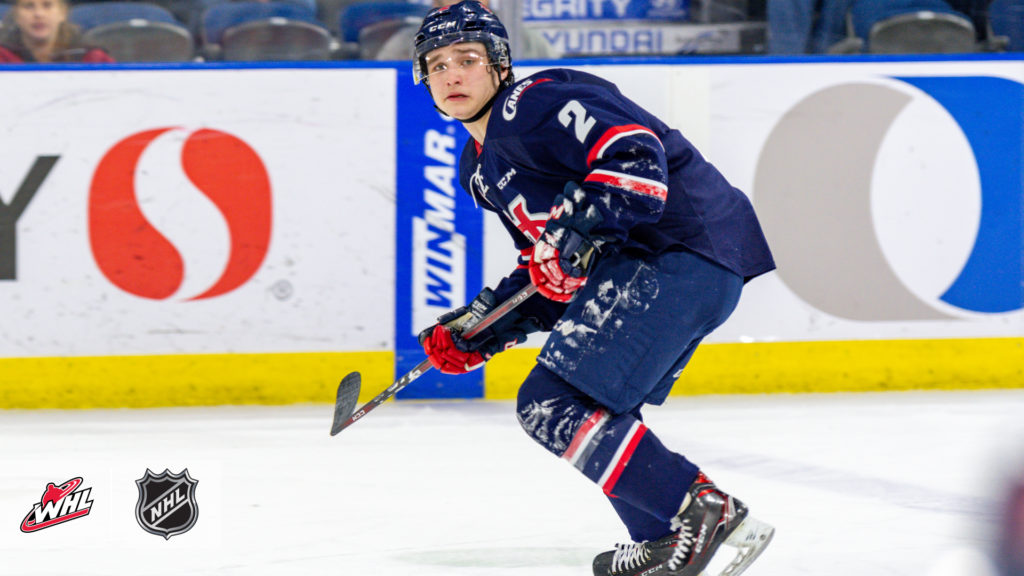 The Brandon, Man. product put pen to paper on a three-year, entry-level contract Saturday while on an Amateur Tryout Agreement with the Wilkes-Barre/Scranton Penguins, Pittsburgh’s American Hockey League affiliate.

Pittsburgh selected Addison in the second round, 53rd overall, of the 2018 National Hockey League Draft, using their top selection on the 5-foot-10, 180-pound rear guard. Addison is the ninth Western Hockey League player from the 2018 NHL Draft to sign an entry-level contract, including now seven of the nine top selections.

Recently wrapping up his third full season in the WHL, Addison matched his career-high totals from the 2017-18 WHL Regular Season in one fewer game with 65 points (11G-54A) in 67 games. Addison also had a pair of power-play goals. Overall, he ranked sixth in scoring among WHL defencemen during the regular season.

During the season, Addison was especially impressive from late October through to mid-November as he recorded points in seven consecutive games with nine points (3G-6A) in that span. Addison also matched a career-high total when he recorded five assists on November 23, 2018 against the Brandon Wheat Kings.

The Penguins have signed defenseman Calen Addison to a three-year, entry-level contract. The contract will begin when Addison turns pro.