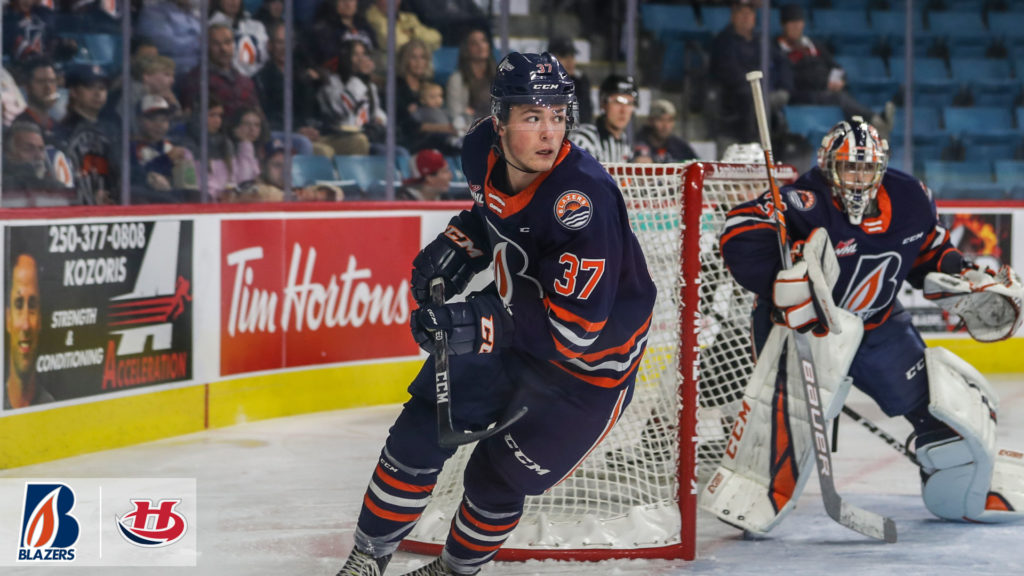 The Kamloops Blazers and Lethbridge Hurricanes have come together on a player-for-pick deal Monday afternoon.

Headed to the Hurricanes is defenceman Trevor Thurston in exchange for a third-round selection in the 2021 Western Hockey League Bantam Draft. The product of Delta, B.C. was selected in the fourth round, 81st-overall, of the 2017 WHL Bantam Draft.

In his first full season with the Blazers, the 17-year-old Thurston has been held off the score sheet in eight games played for the team.

Prior to being drafted, the 6-foot-2, 190-pound defenceman spent one season with Delta Hockey Academy Prep of the Canadian Sports School Hockey League (CSSHL), registering 24 points (7G-17A) in 21 games in the league in the 2018-19 season.

The Hurricanes next game is Wednesday, November 20 (7:00 p.m. CT), against the Swift Current Broncos. 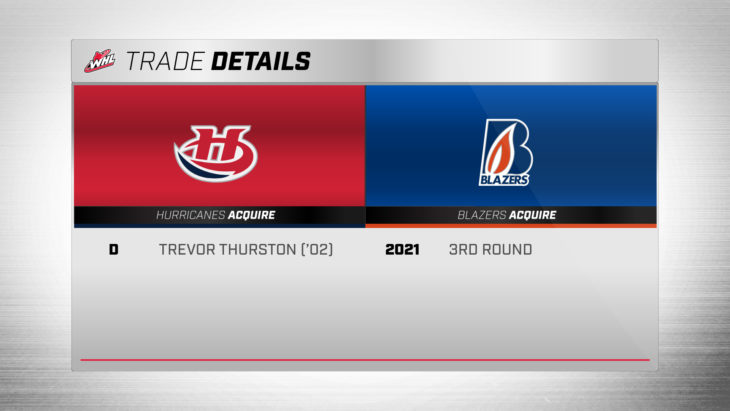 TRADE: The #WHLCanes have acquired 2002-born defenseman Trevor Thurston from the Kamloops Blazers in exchange for a third round draft pick! #CaneTrain #FueledByPassion #YQL