Hurricanes acquire Shepard from Blazers in exchange for veteran Franklin 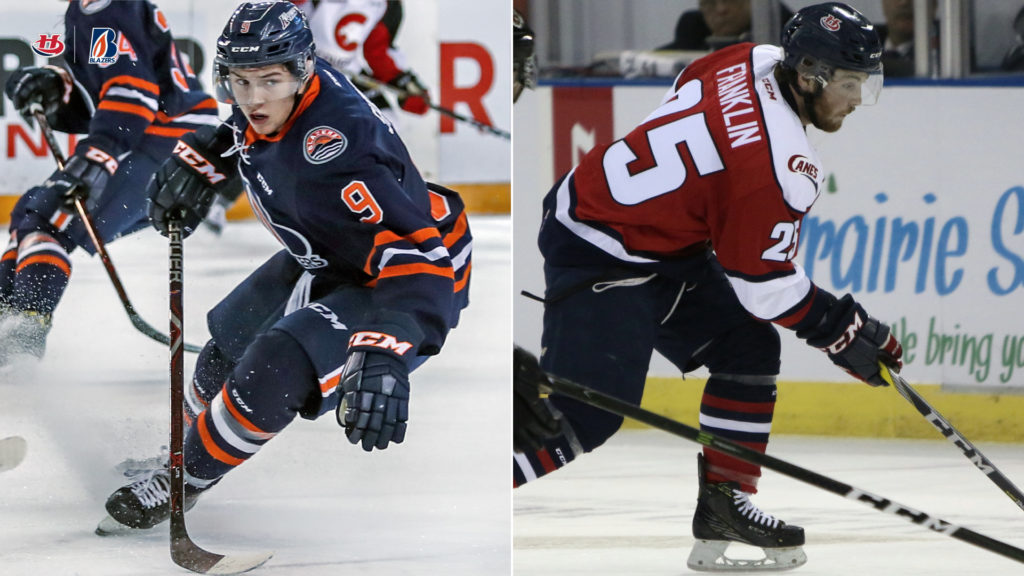 The Lethbridge Hurricanes added some youthful potential to their lineup, while the Kamloops Blazers gained a gritty veteran Tuesday morning.

In a deal featuring two clubs bidding to host the 2020 Memorial Cup, the Hurricanes have acquired 18-year-old forward Jackson Shepard from the Blazers, in exchange for 19-year-old forward Zane Franklin and a fourth-round pick in the 2020 WHL Bantam Draft.

The young forward was originally a second-round selection (23rd) at the 2015 WHL Bantam Draft.

Shepard has previously represented Canada on the international stage. He first suited up for Canada White at the 2016 World Under-17 Hockey Challenge, where he earned two points (1G-1A) in six games before then donning the Maple Leaf once more in 2017 at the Hlinka Memorial Cup.

TRADE: #WHLCanes have acquired 2000-born forward Jackson Shepard from the Kamloops Blazers in exchange for 1999-born forward Zane Franklin and a fourth round draft pick in 2020! #CaneTrain #FueledByPassion #YQL

In exchange for Shepard, the Blazers bring in the feisty presence of 19-year-old Franklin.

“We are excited to add Zane to the Kamloops Blazers organization,” said Matt Bardsley, general manager of the Blazers. “He is a highly competitive player with strong puck skills and a good sense for the game. He nearly tripled his point production last year from his 17-year-old season and he also brings 30 games of playoff experience, which will be important to our team this year. Along with Zane, we acquired a fourth-round pick in 2020, which will be valuable to us in the future.”

Originally selected by the Hurricanes in the second round (43rd) of the 2014 WHL Bantam Draft, Franklin has also skated in 30 WHL Playoff games, tallying eight points (4G-4A).

“We really want to wish Franky the best moving forward,” Anholt said. “He was a big part of the change here in Lethbridge and we appreciate what he did for the Hurricanes.”

In addition to Franklin, the Blazers also received a fourth-round selection in the 2020 WHL Bantam Draft.

“It was not easy to move Jackson, but to add a player like Zane and a draft pick means you have to be willing to part ways with a very quality player,” Bardsley said. “We thank Jackson for his two years in Kamloops and wish him nothing but the best in Lethbridge.”

The Lethbridge Hurricanes open their 2018 WHL Pre-season schedule on Friday, August 31 when they host the Medicine Hat Tigers. The Blazers open their pre-season slate the same night when they take on the Prince George Cougars. 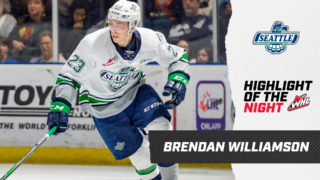