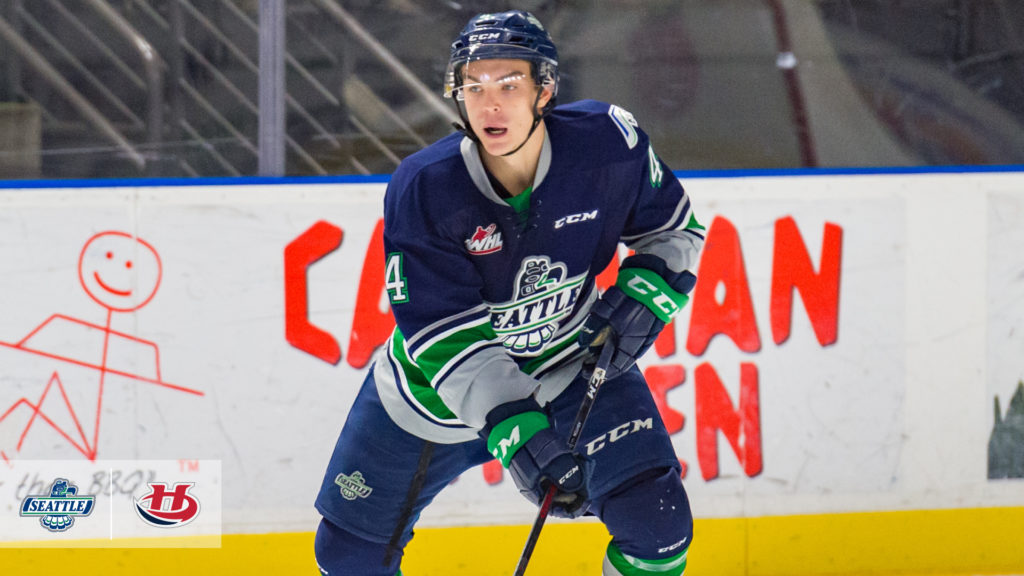 The Lethbridge Hurricanes added some depth on the blueline Friday afternoon, acquiring 2001-born defenceman Zachary Ashton from the Seattle Thunderbirds in exchange for a conditional seventh-round pick in the 2021 WHL Draft.

Ashton – a 5-foot-11, 176-pound right-shot blueliner – skated in 41 games for the Thunderbirds during the 2019-20 WHL season, registering seven assists, including a three-assist performance in a 5-1 win over the Tri-City Americans on December 13.

“This trade will give Zach an opportunity for more ice time this coming season,” said Bil La Forge, General Manager for the Thunderbirds. “We wish Zach the best with Lethbridge.”

Prior to beginning his WHL career with the Blades, Ashton spent 2017-18 with the Calgary AAA Buffaloes of the AMHL. In 35 games, he collected 31 points (5G-26A).