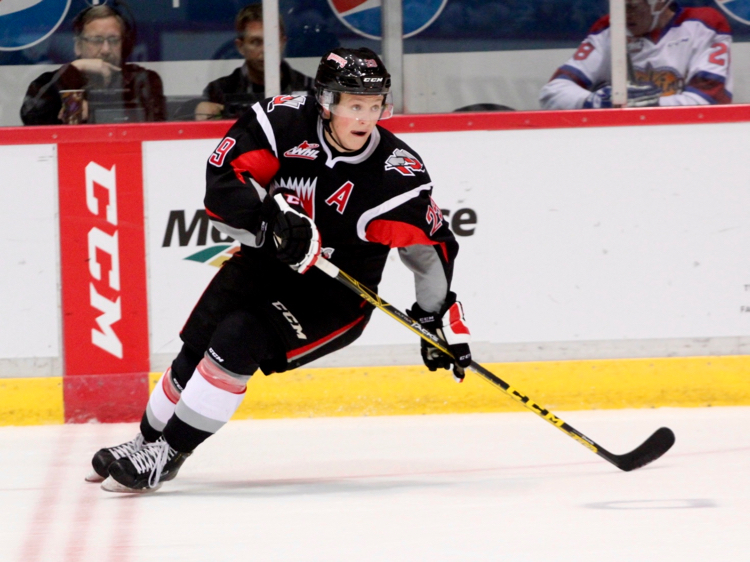 Last season was a dream season for Dryden Hunt.

He scored 58 goals, added 58 assists, won WHL Player of the Year and helped lead the Moose Jaw Warriors into the second round of the playoffs.

Oh and he also signed an NHL entry-level contract with the Florida Panthers.

That’s a pretty good season for a player that was passed over in the WHL Bantam Draft and twice in the NHL Draft.

Now the 20-year-old Hunt is looking to make his mark in his first season at the pro level as he prepares for his first training camp with the Panthers.

“Obviously it’s nice to have a season like that, I got an NHL deal out of it so that’s definitely nice, but the next step is to be able to play with those older men, that’s something I’m nervous about, but also looking forward to,” Hunt said.

Hunt will be suiting up with the Panthers during the Florida Prospects Tournament, which starts on Sept. 17 in Coral Springs.  He’ll square off with former teammates Brett Howden and Brayden Point, who will be there with the Tampa Bay Lightning.

The product of Nelson, B.C., went to work over the summer in preparation for this year as he looked to get stronger and faster to compete at the level needed to stick around in the NHL or AHL.

“There’s a lot of things that go into transition into that lifestyle, I got a taste of it when I went down to Portland (after last season),” Hunt said.  “I changed the way I eat, the way I train, it’s huge.

“The game is so fast nowadays that you’ve got to be fast to play and that’s something that I’ve struggled with for a while, so I did a camp in Kelowna for two weeks to work on that.”

Anyone who’s watched Hunt play knows that he possess an NHL ready shot, it helped him score a league-best 58 goals during the 2015-16 season with Moose Jaw.

His focus during the offseason was increasing his foot speed.

“Once you get going, everyone is fast, but it’s about those first couple of steps,” Hunt said.  “You see in the NHL and even in the American League, it’s so quick and everything has to do with those first three steps, so that’s something I’ve been working on.”

There will be a lot of eyes on the Four Broncos Trophy winner, but he said he’s just heading in without an expectations and will see what happens.

“This year everything is going to be new for me, so I don’t want to set too many goals,” Hunt said.  “I don’t really have any expectations, there’s pressure as it is transition from major junior to the pros.

“It’s definitely going to be different, I’m looking forward to getting there and playing with the big guys, but I’m just trying to go into it with an open mind.”

The Panthers face Nashville next Saturday, Washington the next day and then they finish with a showdown against the Lightning on Sept. 20.