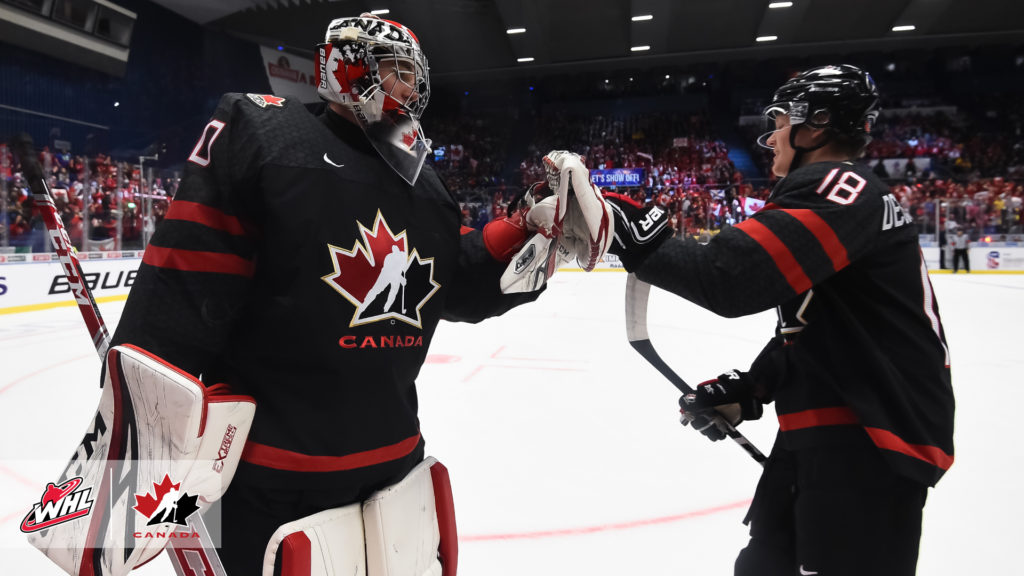 Portland Winterhawks goaltender Joel Hofer posted a 32-save shutout and Canada downed Finland 5-0 in the semifinal at the 2020 IIHF World Junior Championship.

Hofer made 16 saves in the first period, nine in the second, and seven in the third for the clean sheet as he lowered his goals-against average to 1.30 and raised his save percentage to 0.946.

Alexis Lafreniere scored twice while Connor McMichael, Jamie Drysdale, and Ty Dellandrea also scored. Canada charged ahead with four goals in the first period followed by a single strike in the second.

Canada will now take on Russia for gold Sunday.

Russia advances in other semifinal

Russia topped Sweden 5-4 in overtime Saturday to book their spot in the first tournament championship final since 2016.

Calgary Hitmen defenceman Egor Zamula was held pointless, but Russia still charged ahead to victory on the strength of three first period goals and the eventual game-winning goal by Ivan Morozov.

Germany and Kazakhstan continued to battle for the right to remain in the top tier of the international tournament Saturday, with Kazakhstan earning a 4-1 win to level the best-of-three series.

The two teams will play the deciding game of the series on Sunday, January 5 in Ostravar Aréna