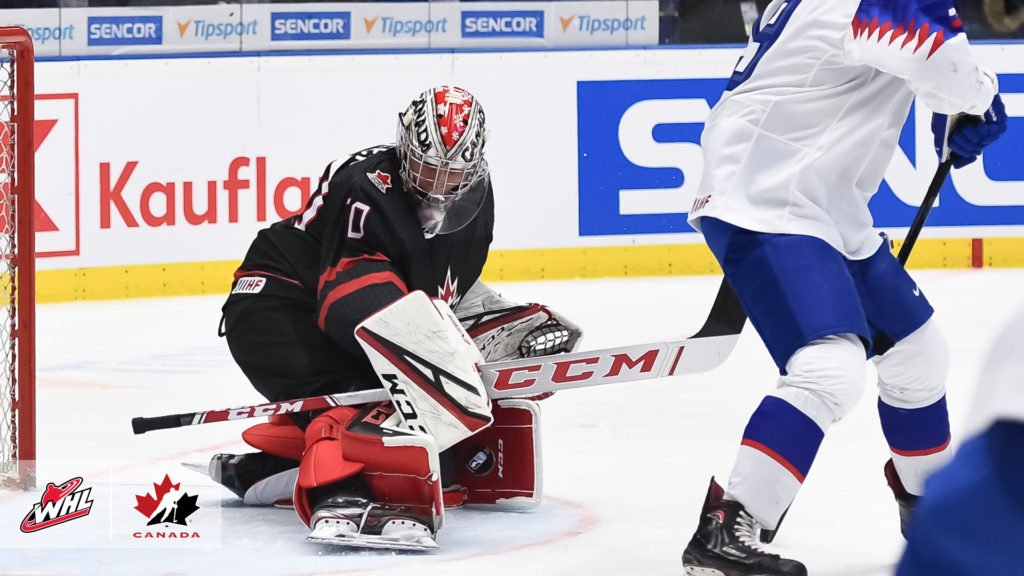 Canada will live to play another day at the 2020 IIHF World Junior Championship following a 6-1 victory against Slovakia in the tournament’s quarter-finals.

Boosting Canada’s efforts Thursday was a four-goal second period and a 17-save performance by Portland Winterhawks goaltender Joel Hofer.

Lethbridge Hurricanes forward Dylan Cozens factored into a pair of goals, including the opening goal of the game in the first period. Defenceman Calen Addison of the Hurricanes also added a pair of assists in the contest. A teammate of Cozens and Addison on the Hurricanes, Oliver Okuliar scored the lone goal for Slovakia in the third period.

GAME OVER! 🇨🇦 secures its semifinal spot with a win over 🇸🇰.

As @HockeyCanada heads to the semifinals at this year's #WorldJuniors, we want to remind fans that there are just 3 days remaining to sign up for ticket access for next year’s World Juniors in Edmonton and Red Deer!

Quarter-final action at the 2020 World Juniors

Eight teams entered Thursday’s action with a shot at the gold medal, but now only four remain.

In the first quarter-final of the day, Russia topped Switzerland 3-1. Calgary Hitmen defenceman Egor Zamula assisted on Russia’s third goal of the game.

Finland topped the United States 1-0 in a defensive battle that didn’t feature a goal until the third period.

Sweden topped the Czech Republic 5-0 in the last quarter-final of the day.

Canada will take on Finland in the semifinals on Saturday, January 4 (11:00 a.m. MT). The last meeting at the World Juniors between the two nations resulted in a 2-1 overtime win for Finland at the 2019 World Juniors.

In the other semifinal, Russia with face Sweden.