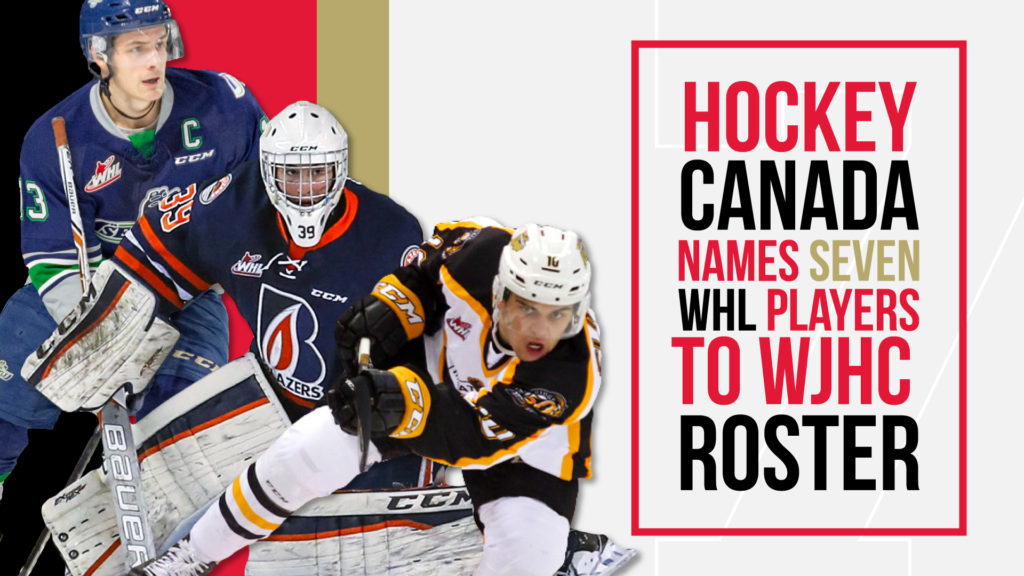 TORONTO, Ont. and MONTREAL, Que. – With Canada’s National Junior Team Sport Chek Selection Camp rolling to a close with an 8-0 win over the Czech Republic, Hockey Canada has named the 22 players who will represent the country at the 2017 IIHF World Junior Championship in Toronto and Montreal, including seven representatives from the Western Hockey League.

“We’ve had a great selection camp, and I can see this group of players really beginning to work together and getting better every day,” said Dominique Ducharme, head coach, Canada’s National Junior Team. “It’s never easy to make the difficult decisions of releasing players, and that’s a testament to Canada’s depth of talent. Kris, Tim and I are looking forward to continuing to work with these players to fine-tune our game and be ready when we start the tournament on Boxing Day.”

The puck will officially drop on the 2017 IIHF World Junior Championship, a Canadian holiday tradition, on Dec. 26 in Montreal and Toronto. In its opening game, Canada will face Russia at the Air Canada Centre in Toronto at 8 p.m. ET.

Canada plays three pre-tournament games beginning Dec. 19 in Montreal against Finland, Dec. 21 in Ottawa against the Czech Republic, and Dec. 23 in Toronto against Switzerland. Extensive coverage of the 2017 IIHF World Junior Championship is planned by TSN and RDS, the official broadcasters of Hockey Canada, including Canada’s three pre-tournament games; check local listings for details.

For more information on Hockey Canada, Canada’s National Junior Team, and the 2017 IIHF World Junior Championship, visit HockeyCanada.ca or follow along via social media on Facebookand Twitter, as well as #WorldJuniors.