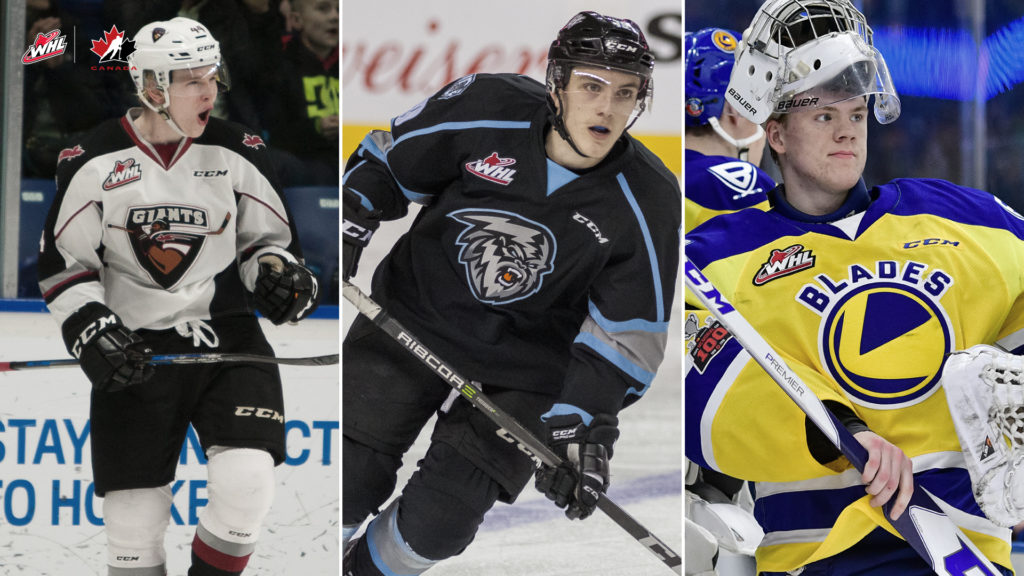 Calgary, Alta. – Hockey Canada has named eight Western Hockey League players to their training camp roster ahead of the 2018 IIHF U18 World Championship.

The training camp will take place next week in Etobicoke, Ont. before players and staff fly to Russia for two pre-tournament games. The tournament itself will run between Apr. 19-29 in Chelyabinsk and Magnitogorsk, Russia.

“The initial list of Canadians for the 2018 IIHF U18 World Championship contains a well-balanced group of players and strong foundation of international experience,” said Brad McEwen, Hockey Canada’s head scout. “Fans can expect a combination of skill, size, and speed when this year’s team begins its quest to bring home a gold medal in Russia. The players and team staff are excited for the opportunity to once again represent Canada on the world stage.”

Players will practice three times at the MasterCard Centre (Rink 1) in Etobicoke – all practices are open to the public and free of charge:

On April 10 the team will depart for Russia to continue its training camp and play two pre-tournament games in Chelyabinsk – April 15 versus Slovakia and April 16 vs. Finland.

Canada will look to reclaim gold for the first time since 2013, kicking off the tournament against its cross-border rival United States on Thursday, April 19 at 9:30 a.m. ET. Canada will also play against Belarus, Switzerland, and Sweden during the preliminary round. TSN, the official broadcast partner of Hockey Canada, is broadcasting 15 games, including all of Team Canada’s match-ups at the IIHF U18 World Championship. RDS will broadcast 10 games, including Canada’s four preliminary-round games, two quarter-final games, both semifinals, and the bronze- and gold-medal games.