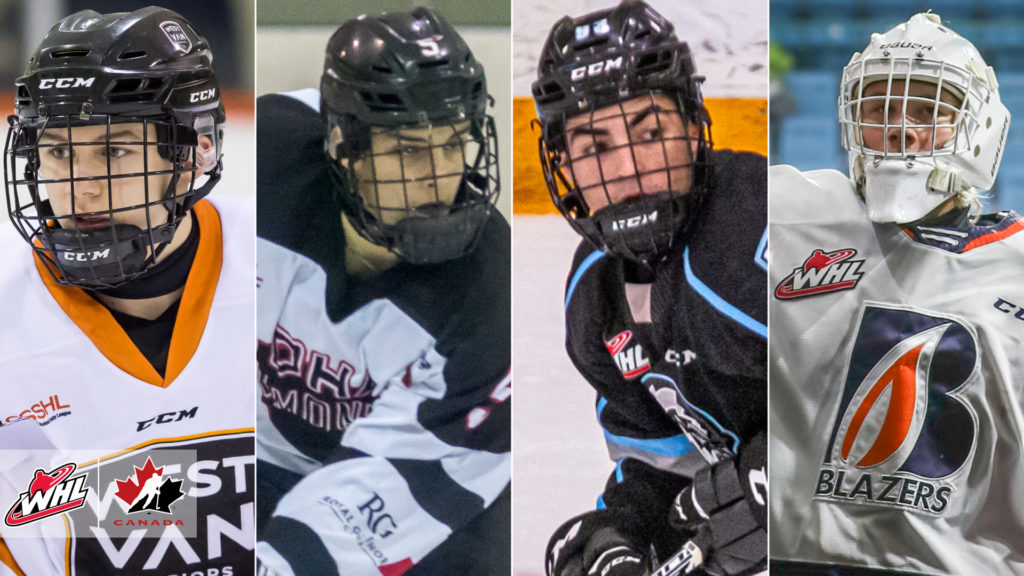 Calgary, Alta. – Hockey Canada has invited 35 Western Hockey League players, as part of a group of 113, to attend its virtual national under-17 development camp as the road to the 2020 World Under-17 Hockey Challenge begins.

The group, comprised of 12 goaltenders, 37 defencemen and 64 forwards, will be split into six teams for the week-long virtual camp, participating in a variety of sessions with a focus on player development through online education. The breakdown of WHL players includes four goaltenders, 11 defencemen and 20 forwards.

The list of WHL players invited includes 2005-born Connor Bedard, who was granted exceptional player status in March 2020 and subsequently selected by the Regina Pats, first overall in the 2020 WHL Bantam Draft.

“The national under-17 development camp is the first stage in introducing these athletes to the Program of Excellence, and it is a great opportunity for them to develop as players and learn what it takes to wear the Maple Leaf,” said Scott Salmond, senior vice-president of national teams with Hockey Canada. “Our three under-17 teams are very fortunate to have these nine experienced coaches, and we know our coaching and support staffs will embrace the opportunity to guide the development of the top young players in Canada.”

The coaching staff will lead Canada’s national men’s under-17 teams at the 2020 World Under-17 Hockey Challenge in Charlottetown and Summerside, P.E.I., in November.