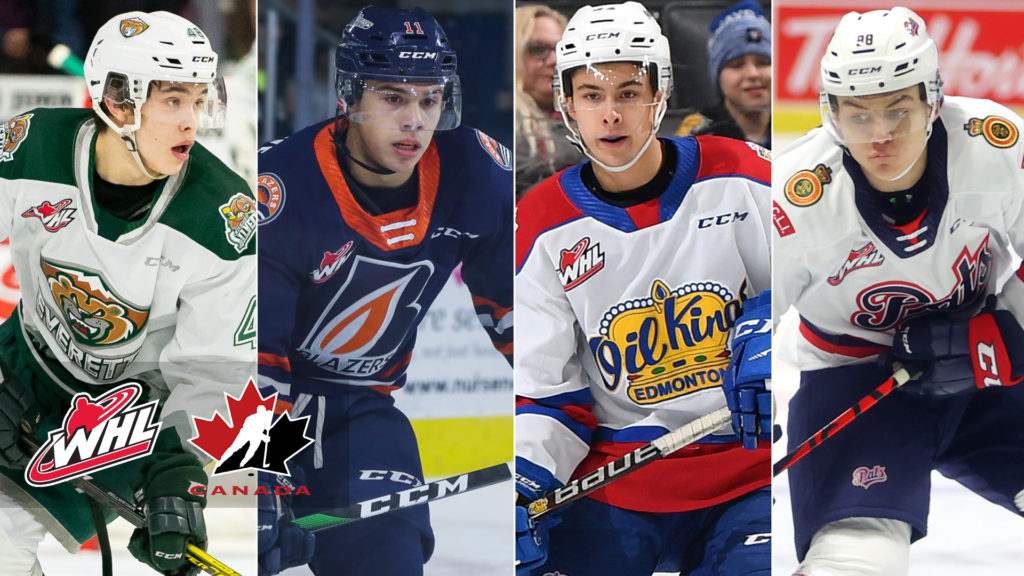 Calgary, Alta. – The Western Hockey League will be represented by 10 WHL players on Canada’s National Men’s Under-18 Team for the 2021 IIHF U18 World Championship in Frisco and Plano, Texas, from April 26 to May 6. Hockey Canada unveiled its final 25-player roster Thursday morning.

In addition to the 10 WHL players on the Canadian roster, the WHL is represented by Matt Weninger (Goaltending Consultant / Moose Jaw Warriors) and Dr. Ben Cameron (Team Physician / Lethbridge Hurricanes).

“We are excited to announce the 25 players that have been selected to wear the Maple Leaf at the 2021 IIHF U18 World Championship,” said Alan Millar, Director of Player Personnel for Hockey Canada. “Despite a difficult year for our players and staff, we are confident this group will represent our country with pride while giving us a chance to compete for a gold medal in Texas.”

Prior to travelling to Frisco on April 17, players and staff will self-isolate at home starting April 12 and will be tested for COVID-19 three times. Upon arrival in Texas, all team personnel will enter a four-day quarantine at the hotel before starting a pre-tournament camp on April 21. The team will take on Finland in its lone pre-tournament game on April 24 at 9 p.m. ET / 6 p.m. PT.

Canada will open the 2021 IIHF U18 World Championship against Sweden on April 26 at 9 p.m. ET / 6 p.m. PT, and will also take on Latvia, Switzerland and Belarus in preliminary-round action.

Head coach Dave Barr will lead a group of 2⃣5⃣ players who will proudly wear the 🍁 at #U18Worlds in Texas beginning April 26.