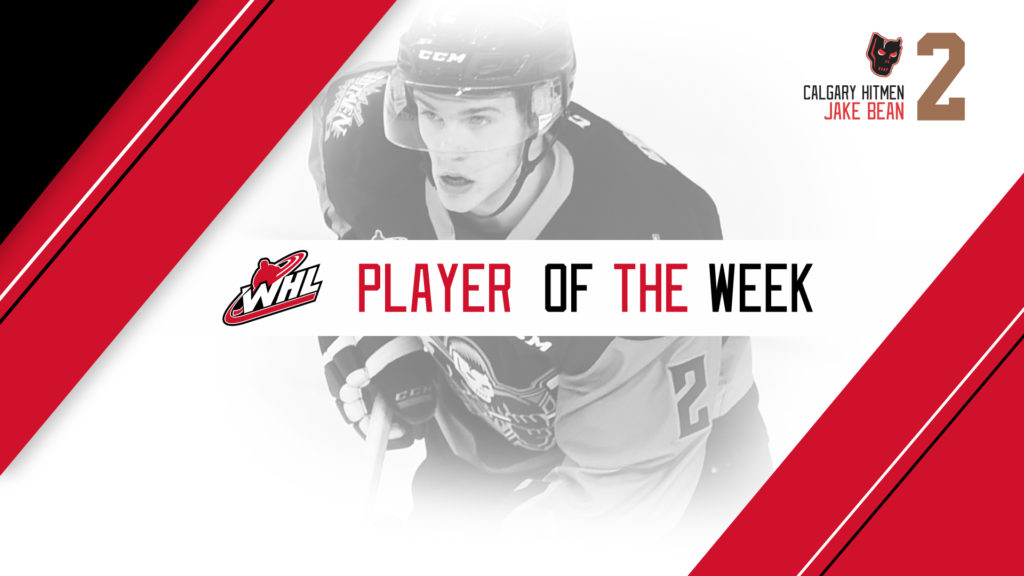 Calgary, AB – The Western Hockey League announced today that Calgary Hitmen defenceman Jake Bean has been named the WHL Player of the Week for the week ending January 29, 2017.

On Friday, January 27, Bean put four points, including a hat trick, on the board in a 6-5 overtime loss to the Regina Pats and was named second star for his efforts. On Saturday, January 28, Bean followed up with a second consecutive four-point performance, collecting four assists in an 8-3 win at Kootenay and was once again named second star. Only the Brandon Wheat Kings were able to silence the Calgary defender, rendering him without a point on Sunday, January 29, in a 6-1 loss.

An 18-year-old product of Calgary, AB, Bean leads all Hitmen defenders in scoring with 27 points (6G-21A) in 20 games to this point in his third WHL season. He also represented Team Canada at the 2017 IIHF World Junior Championship in Montreal and Toronto, bringing home a silver medal.

The 6-foot-1, 169-pound defenceman was selected in the first round (13th) of the 2016 NHL Draft by the Carolina Hurricanes and signed a three-year, entry-level contract with the team in July 2016.

In 139 career WHL regular season games, Bean has tallied 130 points (35G-95A). He was not selected at the WHL Bantam Draft, instead listed by the Calgary Hitmen.