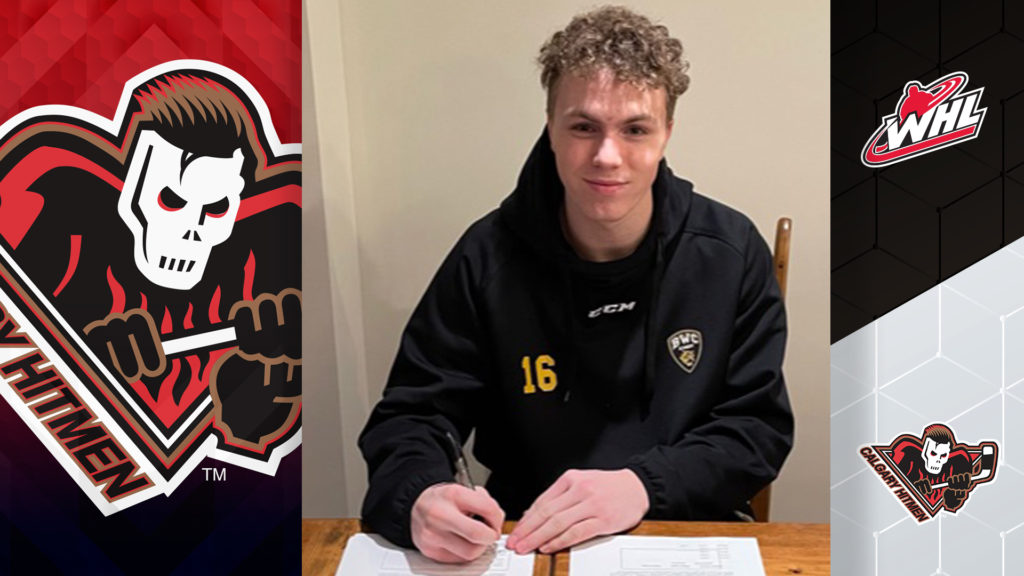 The Calgary Hitmen Hockey Club has announced the signing of forward Carson Wetsch to a WHL Standard Player Agreement.

Wetsch, a product of North Vancouver, B.C., was selected by the Hitmen in the first round, 12th overall, in last week’s 2021 WHL Prospects Draft.

“We are very excited to have Carson sign with our program and commit to the Hitmen,” said Hitmen General Manager Jeff Chynoweth. “He is a big presence up front and plays both sides of the puck, he will be a great addition to the team.”

“I feel honoured to be selected by the Hitmen and when I saw my name called, I couldn’t be happier,” said Wetsch. “I really look forward to seeing how the Hitmen can help develop my game to prepare for the next level, and look forward to playing in the Saddledome and experiencing the atmosphere in a NHL arena.”

Westch is off to an impressive start this season, recording 22 points (12G-10A) in 14 games with the Burnaby Winter Club U18 team.