Hitmen send Stallard to Raiders in exchange for Coleman 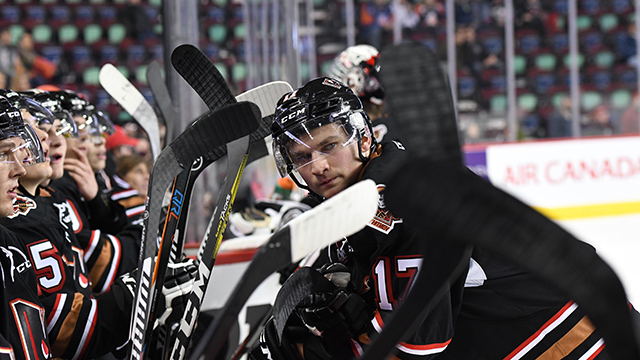 The two teams announced the deal Tuesday morning ahead of the WHL Trade Deadline.

“Luke is a power forward that will bring a presence to our team,” said Mike Moore, general manager and vice president of business operations for the Hitmen, in a team release. “He is a key addition who is tough to play against with good skating ability, hockey sense, offensive upside and leadership.

“Prince Albert demanded a critical piece in return and while it is difficult to part with Jordy, acquiring a younger player with Luke’s ability was important to us.”

In Coleman, the Hitmen acquire a 6-foot-2, 198-pound product of Red Deer. He attended Detroit Red Wings Development Camp this past summer and also earned an invite to Red Wings Training Camp in the fall.

Stallard is the second longtime Hitmen player moved ahead of the trade deadline as Twarynski was moved to Kelowna in exchange for Jake Kryski on Sunday evening.

The Raiders are set to host the Hitmen on Wednesday at the Art Hauser Centre in Prince Albert.